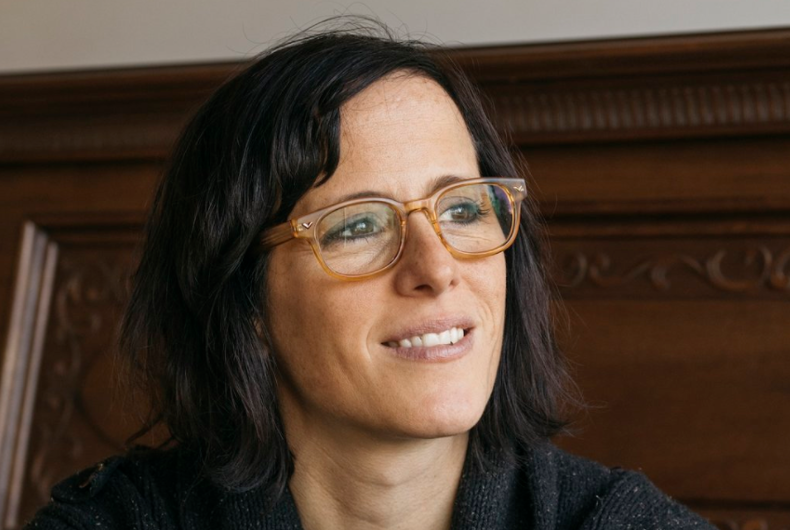 When musician Sera Cahoone first learned that her young cousin had been murdered by her partner, she was in a state of shock. Tawnee Baird was young, beautiful, and lived with her girlfriend in Utah.

“You always hear about this kind of stuff happening, but you never think anything like this is gonna happen to your family, especially in such a devastating way,” Cahoone told NPR.

But in the months that followed her 21-year-old cousin’s stabbing death at the hands of her partner Victoria Mendoza, Cahoone felt compelled to write about the experience. The resulting song, “Ladybug,” is both an ode to her cousin and a spotlight on domestic violence in LGBTQ relationships.

“Another thing is queer domestic violence, you don’t really hear about [it], especially two women. You never think — and that’s also with my family — you just don’t think that two women are gonna do that to each other,” Cahoone said. “If she was dating a guy, it would’ve been taken more serious, I think. That’s something that I think is really important to get out there too, that it’s in all communities.”

In the twangy alt-country ballad, Cahoone repeats a phrase that tormented Baird’s friends and family following her death.

“All the signs were right there / we just couldn’t believe.”

While it may not get much press, LGBTQ people face rates of intimate partner violence equal to or greater than heterosexual women. The rates are highest among queer and trans women, with the Centers for Disease Control and Prevention reporting that 44 percent of lesbians and 67 percent of bisexual women face domestic violence. Other studies show as many as 50 percent of transgender people have experience intimate partner violence.

While the serious tone of “Lady Bug” stands out on an album full of songs about intimacy, but Cahoone told NPR she felt it was important to include.

“If I can make a difference in any way, just talking about domestic violence in general is a big step. Because it’s everywhere. Especially in the queer community,” she said. “Basically people need to take everything serious. If somebody’s telling you that this is going on in their relationship, people need to listen and really try and do all they can to help this person.”

Cahoone said she plans to put on a benefit show for The Northwest Network, a Seattle-based nonprofit serving LGBTQ survivors of intimate partner violence.

Listen to “Lady Bug” over at NPR.

If you or someone you care about is experiencing domestic violence, call the National Domestic Violence Hotline at 1-800-799-7233.