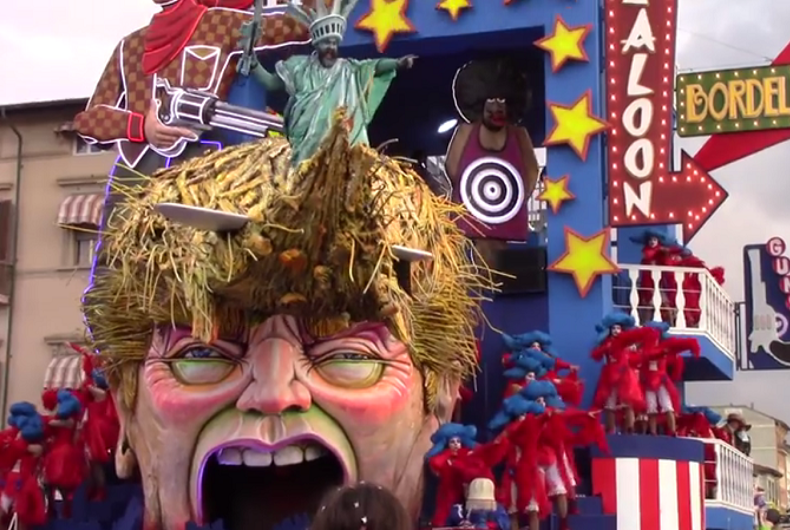 "American Idiot" was being played from the float.Photo: Screenshot

Carnevale in the Tuscan town of Viareggio has a tradition of spectacular floats parading down the street, dating back to the 1800’s.

The themes are often contemporary, though. One float was a depiction of Donald Trump with the Statue of Liberty dancing on his head. A neon cowboy takes aim at several targets that are stereotypical depictions of minorities. The float was flanked by dancers in red, white, and blue.

The title of the float – “Bang Bang” – is a reference to America’s gun violence problem.