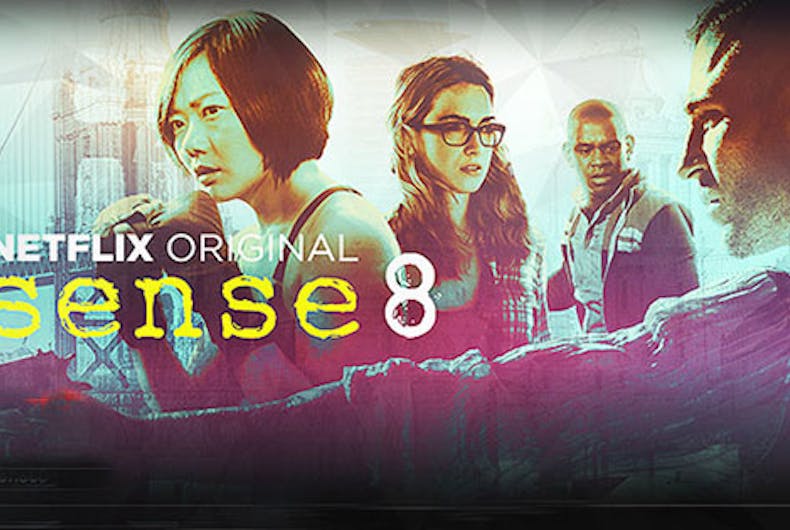 The out and proud Hernando, played by Alfonso Herrera on “Sense8,” famously said, “In the end, we will all be judged by the courage of our hearts.” But according to costar Brian J. Smith, Netflix has not yet made a judgment on the future of the series, contrary to swirling rumors it’s already canceled the show.

“That all rests with Netflix and also the fans, too – if they like what happens, and they like what they see in season two, we’ll hear about it,” Smith told Digital Spy. Season 2 drops May 5th, and Smith said production of the new episodes was rocky.

Lilly came out as trans in March 2016, and then decided she would no longer write, direct or executive produce the Netflix show that BuzzFeed called “the best series on Netflix.”

“Lilly needed time to become who she is, and she needed to do that out of the spotlight,” said Smith, who is now appearing on stage in London’s West End, in The Glass Menagerie. He said Lana wrote and directed almost every one of the ten new episodes, except for a time when the Wachowskis’ father fell ill.

On the show, Smith also has a new costar this season: Toby Onwumere replaced Aml Ameen in the role of Capheus. Transgender actress Jamie Clayton returns in season 2 as Nomi, a transgender woman whose mother refuses to accept her transition.

Smith told Digital Spy he recognizes that “Sense8” is both “very challenging” and “not to everybody’s taste.” The series dramatizes an inexplicable psychic connection shared by eight strangers from all corners of the globe.

“I think we’ll all know whether or not we should do a third season. I hope we do. I can say there’s definitely more story to tell after season two. We’re not done with it and I hope we get to finish it, I really do.”

“For every person who thinks that it’s this work of art, there’s someone else who thinks it’s the biggest piece of shit they’ve ever seen. Who’s right? Who cares! It’s art. Your reaction to it is a reflection of who you are and your own values.”

Most Americans oppose ‘religious freedom’ laws that allow for discrimination