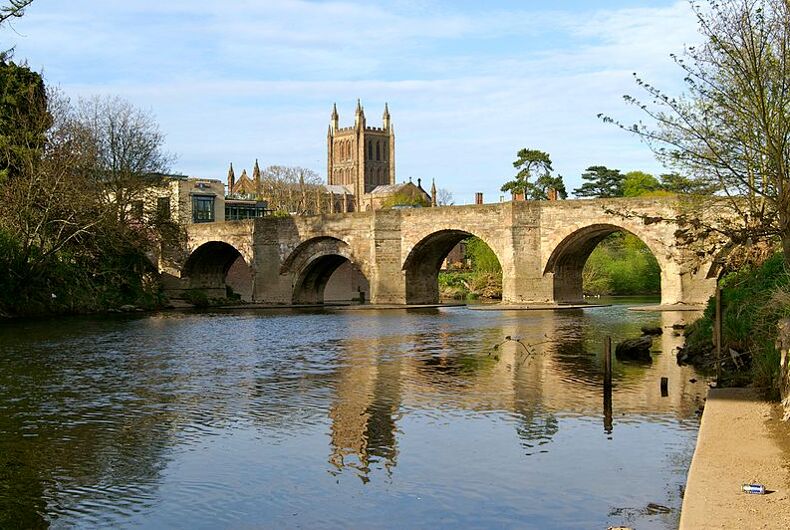 Hereford Cathedral School is one of the oldest schools in England.Photo: Wikipedia

A student is suing the Hereford Cathedral School in western England for bias after he received discriminatory comments and was told he could not wear a boy’s uniform, the BBC reports.

The action is being taken under the 2010 Equality Act, which banned “less favourable” treatment of transgender students and required schools to accommodate gender reassignment in their policies.

The boy, identified only as “Aidan,” came out at 16 as transgender with the support of his mother and his doctor.

He says that when he informed the school that he wanted to wear a boy’s uniform and to be addressed as a boy, he was told that he was going through a “phase” and just seeking “attention.”

His mother said the treatment was “appalling.”

“They made my child out to be a freak and someone who would contaminate other students.”

Aidan’s mother sent a letter to the school administrators saying that she had to remove her son because the school was not “prepared to accommodate Aidan’s needs and give him the high level of support and pastoral care that he deserves.”

The BBC reports that the school’s defense is that Aidan was withdrawn before a final decision could be reached about his needs. The school is not commenting, though, because of the on-going legal process.