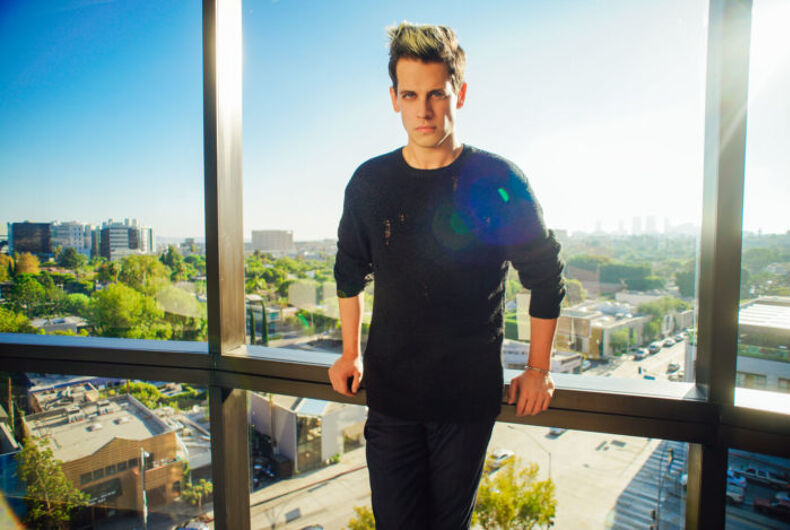 Ever since Bill Maher announced on his weekly HBO show that he was courting Milo Yiannopoulos to be a guest, anticipation has been building to see what happens when the most outspoken skeptic in Hollywood meets the most outrageous conservative gay man on Earth.

HBO’s website lists as Maher’s first guest the out Breitbart editor who has made a name for himself on college campuses as a defender of President Donald Trump – whom he calls “Daddy” – and as a virulent race-baiting, transphobic opponent of feminism and the progressive LGBTQ movement. This is the gay man who burned a Pride flag.

Yiannopoulos most recently made headlines February 1st, when a protest against a speech he was to deliver at University of California-Berkeley erupted into chaos, as a mob of 150 masked demonstrators smashed windows, set fires and attacked both police and the 1,500 peaceful protesters. University officials canceled the talk, prompting a rebuke from the president about its silencing of free speech, and an implied threat to cut UC’s federal funding.

Maher said something similar: “I’ve been a longtime critic of colleges shutting people up. Free speech should be something we own.”

“He’s been thrown off Twitter — that’s how bad he is.”

But as members of the LGBTQ community recall, neither man is an ally of the progressive branch of the movement which has focused recently on transgender civil rights.

Last year, Maher called on Democrats to abandon that fight, calling it a “boutique issue” that distracted from what he saw as the bigger battle to defeat Republicans on Election Day.

Aside from transphobia, Maher and Yiannopoulos also share critical views of Islam, and “political correctness,” which was the theme of a show Maher hosted on ABC prior to HBO.

The network canceled “Politically Incorrect” after Maher declared the U.S. military was more “cowardly” than the 9/11 hijackers for launching drone attacks that killed civilians.

Yiannapoulos will be the first guest on HBO’s Real Time with Bill Maher Friday, February 17th at 10 p.m.