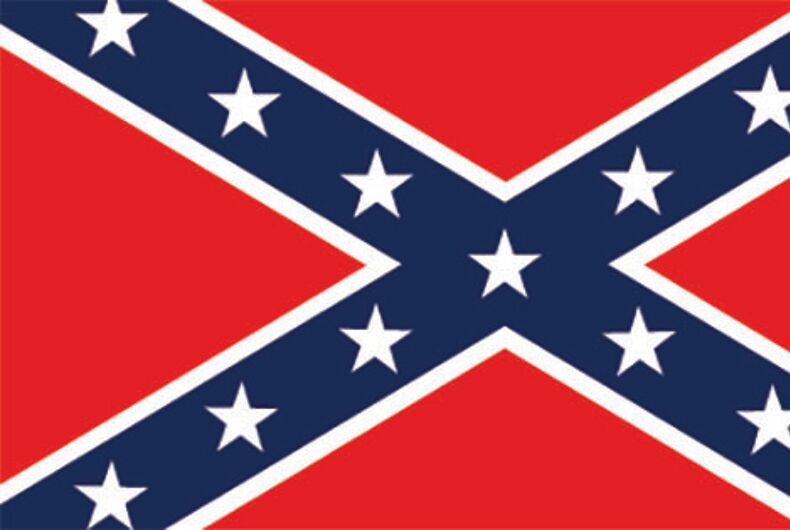 The phrase, “The South Shall Rise Again!” isn’t just idle chatter for the League of the South, which is preparing for a second secession by the southern United States, and, in readiness for that day, the far-right wing conservative group has announced the formation of its Southern Defense Force.

And if that sounds militaristic, the Southern Poverty Law Center reports, that’s no accident. The league’s leader, Michael Hill, issued “Directive 02022017,” establishing what the SPLC called a “vigilante” quasi-paramilitary group:

“[T]he League of the South is calling for all able-bodied, traditionalist Southern men to join our organization’s Southern Defense Force for the purpose of helping our State and local magistrates across Dixie combat this growing leftist menace to our historic Christian civilization. As private citizens in a private organization, we will stand ready to protect our own families and friends, our property, and our liberty from leftist chaos. Moreover, we will be ready to assist our local and State authorities in keeping the peace should they find it necessary to ‘deputize’ private citizens for that purpose.”

So what is this Southern Defense Force going to do? Hill isn’t saying. But his directive does reveal the SDF is going to “plan for contingencies – natural or man-made – that might affect the Southern people.”

According to the SPLC, the League of the South is an anti-federal government organization run by an elite group of “Anglo-Celtic” (meaning, descended from white English and Irish ancestry) men who seek to establish a “Christian theocratic state and politically dominate blacks and other minorities.”

Hill is described by the watchdog group as someone who pictures himself to be a military commander, despite dissension and disorder in his ranks. An unsanctioned protest at an LGBTQ Pride parade in Montgomery, Alabama, is cited as one example, in which younger members broke away from the national LOS convention and shouted “God hates fags” at demonstrators.

One of Hill’s slogans has been the somewhat queer sounding, “Are you ready to be a man among men?” Join the League and its Southern Defense Force today!” which the SPLC says dates back to a popular conflict among white nationalists, the Rhodesian Bush War of 1964 to 1979.

Read more about the League of the South at the Southern Poverty Law Center’s site here.

Westworld’s Evan Rachel Wood opens up about coming out as bi, suicidal thoughts