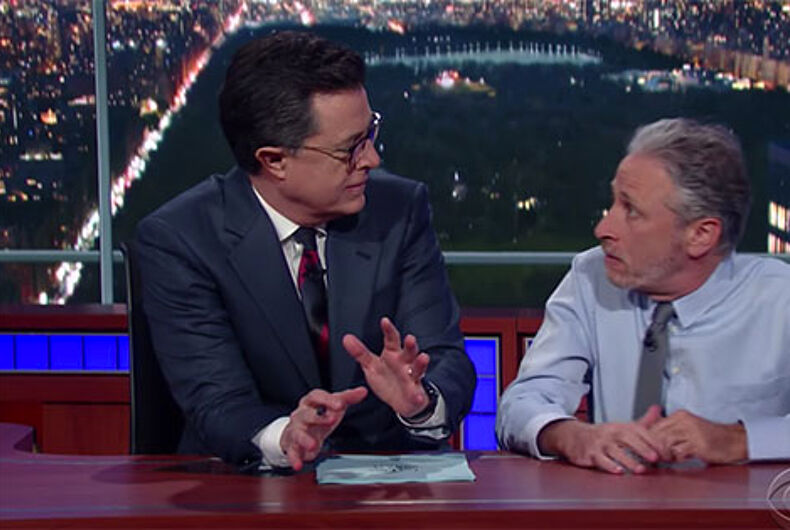 Jon Stewart had a heart-to-heart with the dejected news media Monday night, still reeling from its “breakup” with President Donald Trump after a torrid love affair. “It is time for you to get your groove back, media!” he said during a guest appearance on The Late Show with Stephen Colbert.

“Let’s face facts, you’ve kind of let yourself go a little bit for these past few years. Put on a few pundits, obsessing, 24 hours a day, 7 days a week, about this one guy? ‘What’s Donnie up to? Did he say anything about us? You think he’s gonna come on our show? Do you think he even likes us? He doesn’t even have to come on, he can just call us! Oh, Donnie, please! Just let us know you’re okay?'”

“And the whole time you’re chasing after Donnie, the rest of us are thinking, ‘Can’t you see he’s an asshole?'”

Another highlight of the clip from The Late Show with Stephen Colbert, shown below via YouTube, is Stewart’s accusation that Trump doesn’t just exaggerate, but lies on purpose.