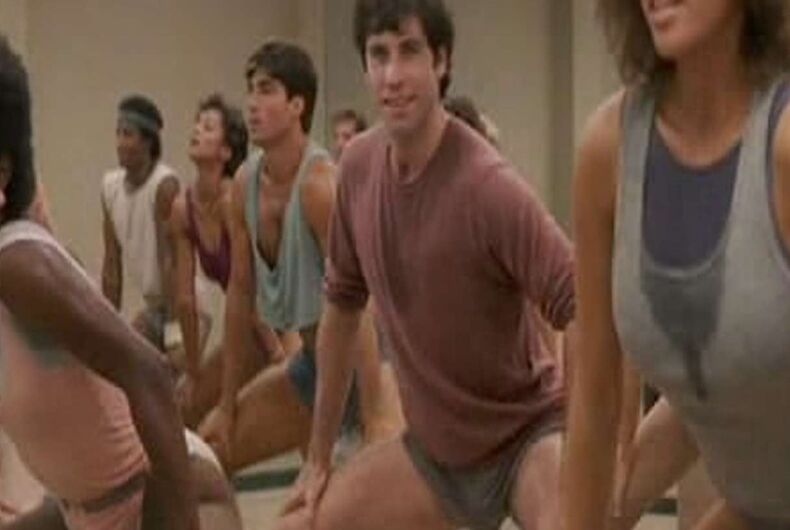 Ricky Martin told Andy Cohen that he realized he was gay from watching Saturday Night Fever.

The singer, who came out in 2010, said in a recent episode of Cohen’s Watch What Happens Live!, “That underwear scene where he stands up, sits down and he… even puts it in order. I saw that movie back then like eight times and I didn’t know why.”

Martin has since figured out why.

Cohen asked Martin if he ever told John Travolta about this. “I’m sure we’ve met, but no, I never told him, ’You’re my first crush!'”