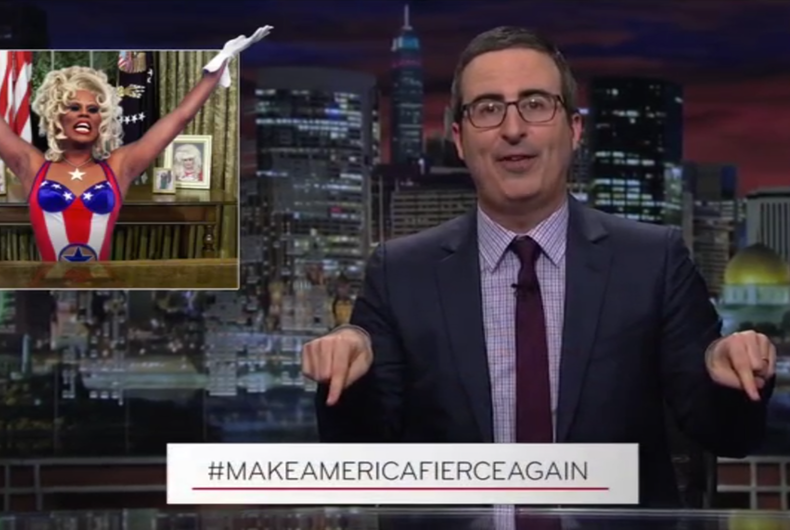 John Oliver started the fourth season of “Last Week Tonight” with a must-see rundown on Donald Trump’s pathological lies. In it, Oliver called for RuPaul to run for president.

Toward the end of a 24-minute segment on Trump’s lies and the people who believe them, the late night host pleaded that even Republicans should be concerned about how the very notion of the truth has degraded… just in case Democrats ever run a reality TV star for president:

The notion that our leaders should be able to pass on mistruths with impunity should be alarming to absolutely everybody, regardless of politics. Republicans should badly want our sense of objective reality to remain intact, just in case the Democrats ever find their own appealing reality star to win back the White House. RuPaul, for instance. Make America fierce again. #MakeAmericaFierceAgain.

Oliver ended the segment with cable commercials he says will air in the DC area on Fox News, CNN, and MSNBC. The commercials explain facts about how the government is run, since Trump doesn’t seem to get his information from anywhere besides cable TV.

The segment is below. The endorsement of RuPaul comes after the 20-minute mark.