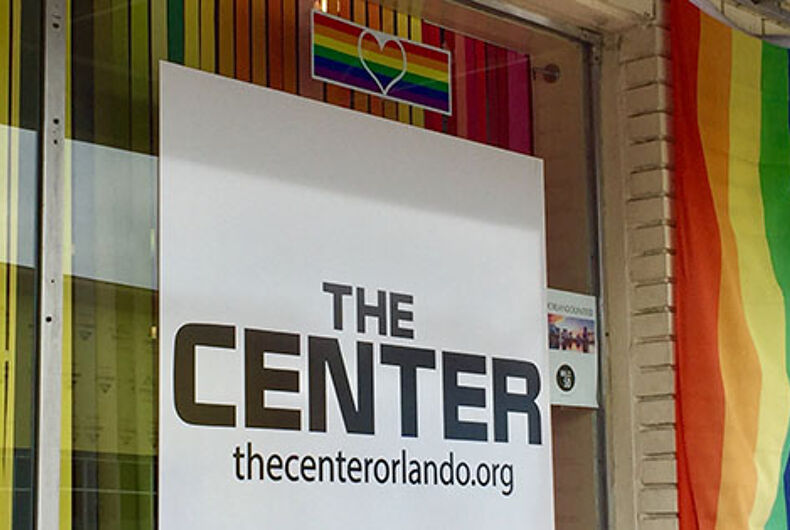 Florida state officials are playing hardball with the GLBT Center in Central Florida that they claim was a disorganized mess in the wake of the massacre at Pulse nightclub in Orlando last summer.

Among the allegations was that money raised at a July fundraising event, “Orlando’s Got Talent,” to benefit one of the 49 victims of the nightclub shooting had never reached the man’s family. Xavier Emmanuel Serrano Rosado, 36, was an entertainer whose stage name was Eman Valentino.

Also among the findings, according to the Orlando Sentinel, was that The Center did not properly update and display its registrations as a not-for-profit to handle fundraising. That resulted in a fine of $1,000 by state officials.

Jeffrey Buak, the president of The Center, told the newspaper Monday officials have paid the fine and settled the matter with the state, although they say they were unaware there was even a problem until the state notified them.

That problem was $2,137 that went straight from the coffers into the Center’s bank account.

Bauk blamed the mixup with the money on a volunteer at The Center who no longer works there.

“Unfortunately, due to the chaos that followed the Pulse shooting and the departure of that volunteer … the funds were not immediately disbursed as intended,” Buak told the Sentinel. “In acknowledgment of its error, The Center covered all hard costs associated with the event and made an additional contribution to the family.”

Two complaints from volunteers at The Center, filed last fall, painted a picture of chaos in the days after the massacre.

Both volunteers had mentioned fears or rumors that fundraising money was being diverted for personal expenses of staff at The Center; Buak denied that accusation was true, and state officials neither confirmed nor denied the veracity of that allegation.

State regulators did find The Center failed to display its non-for-profit registration number and had failed to include its registration number on its fundraising literature, nor note that this information and financial reports were available upon request from the state. Also, the investigators were confounded by the fact that the Center’s executive director, Terry DeCarlo, did not change his legal name from Thomas J. Nunziata, making it difficult to do background checks.

DeCarlo declined an opportunity to discuss the issue with the Orlando Sentinel. But he did tell the paper the Center had learned an important lesson:

Just in time for Valentine’s Day: A heartwarming new children’s book about love

How to be hawt: Writing lesbian dating profiles in the cyber age