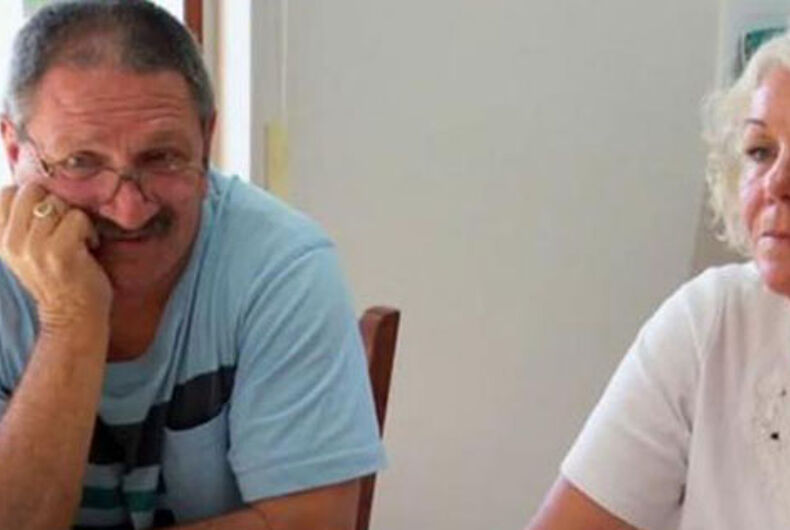 Outrage is churning all around the world over a heartbreaking episode of an Australian reality show, that reveals the ugliness of family rejection of the most important decision most people will ever make — to marry the person they love.

It’s called “Bride and Prejudice,” and as PinkNews reported, in the latest conflict it’s not a bride and groom but two grooms who are spurned, by the religiously devoted mother and disappointed father of an openly gay man named Chris.

Chris and his fiancé, Grant, have been together three years. Chris’s mother is a Jehovah’s Witness, and she does not even consider the impact of her decision.

Chris’s father, Geoff, a conservative and an atheist, tells his son he has to live with his decision, as if being gay and falling in love is a choice. That, Chris said, hurt even more than his mother’s rejection. Yvonne wiped away tears when Chris refused to give her a hug before leaving.

Chris told a reporter he could understand his mother’s religious convictions, but he struggled to accept his father’s reaction, was at first to laugh, and then to explain his reasons for not accepting the invitation, which Chris said hurt even more.

Near the end of their conversation, Geoff said his son had to live with his decisions, and that this wasn’t the outcome he wanted to see after “doing his job” of bringing Chris to adulthood.

“Dad’s not religious at all, I’d actually describe him as an atheist,” he told News.com. “He was born in the country and spent 20 years in the army so his belief is personal and that makes it harder to accept.”

The parents even refused to meet with Grant, and the only contact they said they’d want with their son is with him alone.

Chris replied, “Well, just me is all of me. Not just part of me, so you can choose all of me or none of me.”

Chris’s view after the dramatic confrontation: he no longer has parents.

An outpouring of support for Chris and Grant popped up on Twitter:

My heart breaks for Chris – i would have walked out a long time before he did! Poor guy! Just go and marry your man! #bride&prejudice

#brideprejudice Oh Chris! I hope you get married & live happily. Your mother has the issues not you! Good luck & hugs to you & your man 💖

Watch the climactic scene from Bride and Prejudice, via YouTube, below.

Most Americans oppose ‘religious freedom’ laws that allow for discrimination