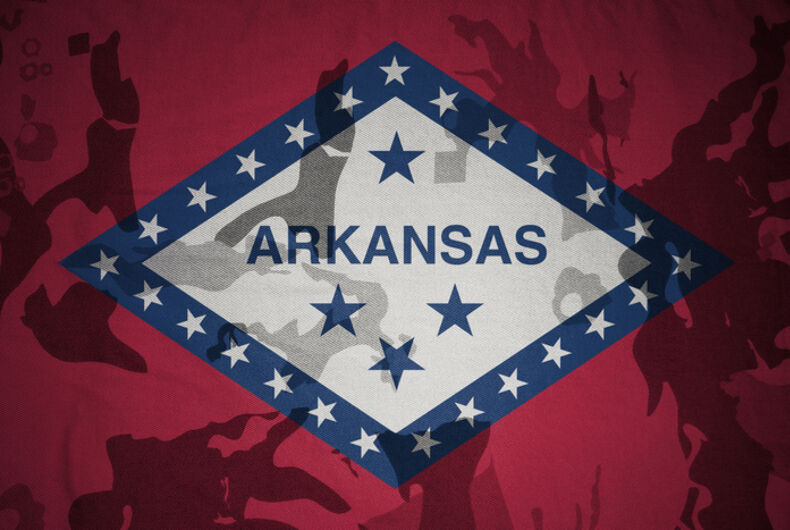 LITTLE ROCK, Ark. (AP) — A long-shot effort to push for amendments to the U.S. Constitution banning gay marriage and abortion have fallen short in the Arkansas Senate by one vote.

The Senate voted 17-7 Monday for a resolution calling for a constitutional convention to take up an amendment that would have defined marriage as between a man and a woman. A separate resolution calling for an amendment effectively declaring that life begins at conception failed on a 17-6 vote. Both measures by Republican Sen. Jason Rapert needed at least 18 votes in the 35-member Senate

The proposals would need at least 33 other states to agree for a convention to be held, and 38 states to ratify the amendments.

The Senate approved a motion that would allow another vote on the resolutions later.