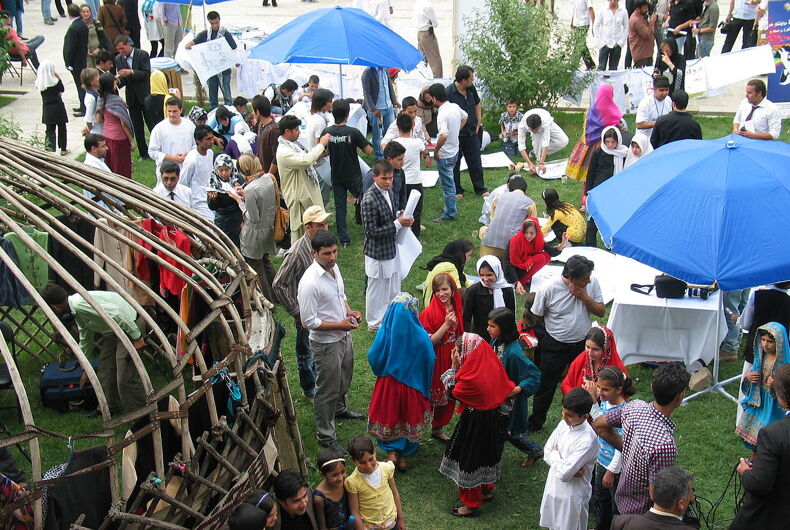 New guidance for LGBTQ Afghan asylum applicants issued last month has come under fire from multiple quarters for telling refugees to go back to Kabul and pretend to be straight.

The document states: “While space for being openly gay is limited, subject to individual factors, a practising gay man who, on return to Kabul, would not attract or seek to cause public outrage, would not face a real risk of persecution. In the absence of other risk factors, it may be a safe and viable option for a gay man to relocate to Kabul, though individual factors will have to be taken into account.”

Human Rights Watch denounced the guidance as a violation of international law. The United Nations’ guidelines on refugees say that LGBT people should not be required to change or conceal their identities.

Senior researcher Heather Barr said, “The Home Office’s approach seems to be to tell asylum seekers, ‘Pretend you’re straight, move to Kabul and best of luck. Living a life where you are forced to lie every day about a key part of your identity, and live in constant fear of being found out and harassed, prosecuted or attacked, is exactly the kind of persecution asylum laws are supposed to prevent.”

Even a note from the UK’s Home Office Afghanistan unit attached to the guidance expresses concern. It says “homosexuality remains wholly taboo” in Afghanistan and stresses that the lack of prosecutions does not reflect increased openness, just increased fear of the law. “There is very little space in Afghan society, in any location, to be an individual that openly identifies as LGBT. Social attitudes and the legal position of homosexuality means that the only option for a homosexual individual, in all but the very rarest of cases, would be to conceal their sexual orientation to avoid punishment.”

The note also objects to the guideline’s implication that pederasty means that Afghanistan is accepting of LGBT people. “We are deeply concerned at the suggestion that the prevalence, especially in the Pashtun community, of the practice of bacha bazi [pederasty] implies an acceptance of certain homosexual conduct,” warns the document, signed by the head of the unit.

“Its occurrence reflects Afghanistan’s inability to deal with child sexual abuse and paedophilia. It should not be associated with consensual homosexuality and attitudes towards this.”

“These Home Office guidance notes on Afghanistan seem to directly contradict [the idea that being openly gay is easy in Afghanistan]. They openly acknowledge that LGBT people are at risk, but also state that they can escape persecution if they are careful not to attract attention by hiding who they are,” Stonewall director of campaigns, policy and research Paul Twocock told The Guardian.