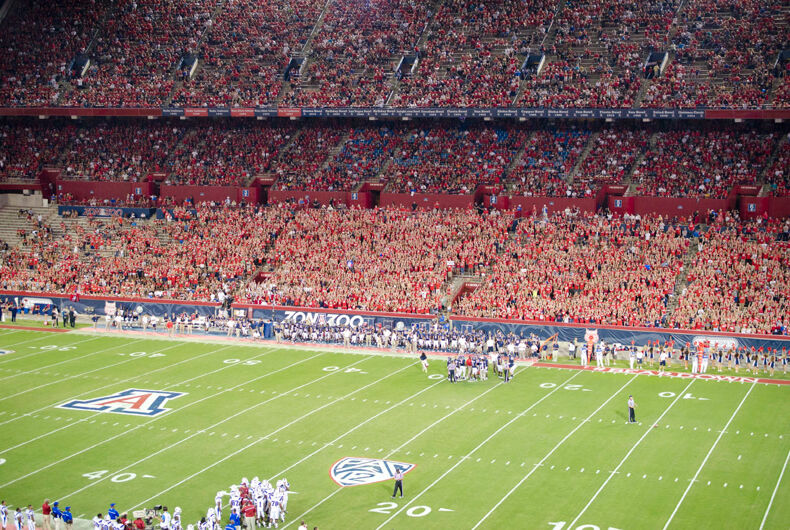 “I do feel like when I say that (I’m gay), it can put a target on my back. But whatever,” Johnson told The Arizona Daily Star for a story Saturday.

Former Missouri defensive end Michael Sam announced he was gay in February 2014, about a month after completing his college career. Kyle Kurdziolek, a linebacker at NAIA program St. Francis (Illinois) told OutSports this month he’s gay. Chip Sarafin, a walk-on offensive lineman at Arizona State at the time, told Compete magazine in the summer of 2014 that he’s gay.