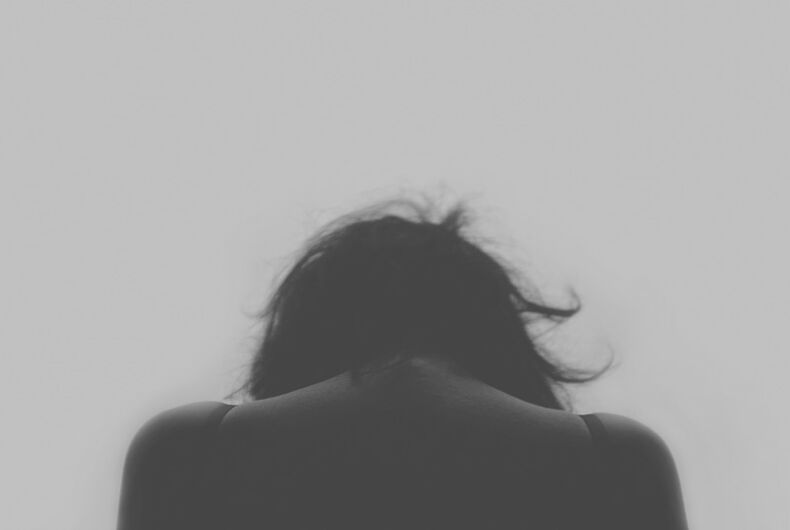 An 11-year-old who has been severely bullied for months has been shot with a BB gun because she’s transgender, her mother says.

The child, identified only as G, was targeted last week by a bully who wrote transphobic slurs and insults and drew penises on her art workbook, her mother, identified as A, tells Gay Star News. They write that they are keeping the names of the victim, her mother, and the school out of their reporting to protect the child’s anonymity.

The student also wrote insults about G’s mother in the book.

The school called A in for a meeting about the situation, which occurred just one day after A had emailed staff at the school to notify them that G had been attacked several times in the past fives months.

“Pupils have thrown water over her, spat at her, and kicked her to the ground. Not a day goes by without her being attacked, insulted or threatened with violence,” A says.

Then, two days after the incident with the workbook, A says her daughter was shot in the arm by a BB gun.

Not only did the school not call her immediately, waiting an hour and a half to do so, but they failed to call the police. A says she was shocked to have to do it herself.

“On the morning G was shot, they didn’t contact me immediately. I only found out an hour and a half after it happened and that was only by accident. I was already due to be at school to discuss an earlier incident,” she says.

“When I arrived she was extremely quiet, just shaking and not speaking, it was awful.”

“I told teachers something bad was going to happen. I warned them quite clearly. They weren’t acting,” A says. “I just kept thinking, ‘children have been killed by BB guns. What if it had been a knife or something else?’ Since then, G hasn’t slept properly. She’s had nightmares. She’s really scared.”

She also came home one day saying she wanted to “jump off a bridge,” which prompted an immediate appointment with a therapist.

A believes that recent newspaper reports and a BBC documentary called, “Transgender Kids: Who Knows Best?” could be to blame for stirring up transphobia.

The documentary has been criticized by transgender advocates, which prominently features Kenneth Zucker, a Canadian psychologist whose controversial approach with transgender children resulted in his being fired from a Toronto gender identity clinic.

He is quoted in the documentary as saying “a four-year-old might say that he’s a dog – do you go out and buy dog food?”

A study by GLSEN found that 75 percent of trans youth feel unsafe at school.

Could Duke or NC State still host a NCAA tourney despite anti-trans law?

Westworld’s Evan Rachel Wood opens up about coming out as bi, suicidal thoughts