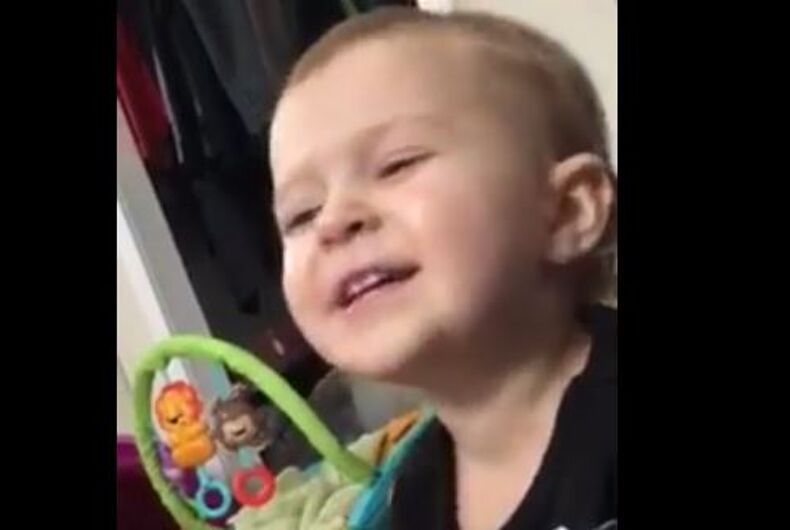 There have been countless covers of Dolly Parton’s classic “Jolene,” but this has to be the most adorable version ever caught on tape.

Brooke Kingsley caught her two-year-old singing the country hit while playing, recording her in a video she then shared to Facebook.

Her daughter, Sophia, gets all the way into it, carrying out the notes and wearing a face of serious concentration.

The video, posted last month, started to go viral and eventually wound up in front of Parton herself, who shared it with her fans this week.

Parton wrote the song, released in 1973, in part inspired by a redheaded bank teller who had a crush on her husband, as well as drawing inspiration from a young fan named Jolene who came onstage to ask for her autograph.

As for Sophia, she, like Parton, is no one hit wonder.

Watch her unique take on “Let It Go,” from Disney’s “Frozen.”

And here she is showing off her improvisational piano skills with her father.

This girl is going places.