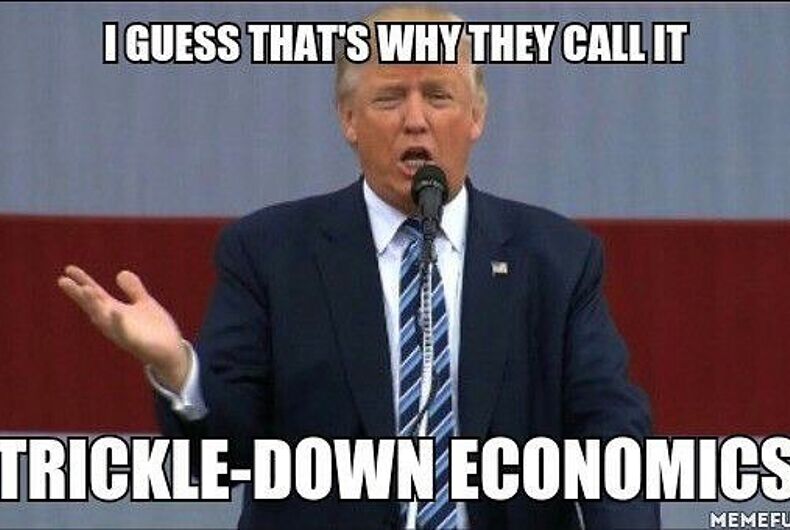 After reports that Russia has video of Donald Trump watching prostitutes engage in golden showers, social media exploded with jokes. The memes are already all over Facebook.

The tweets are also pretty funny.

“I don’t care if it’s accurate! You can’t say that Trump got ‘pissy’ about anything.” – Newsroom editors.

Dear Constitutional scholars: does a #GoldenShower violate the #EmolumentsClause of the US Constitution? Asking for a friend.

The craziest part about Trump is he doesn’t drink. Dude is having sober golden shower parties, that’s wild

Don’t know why there’s so much fuss about Trump. Why wouldn’t a man with a golden lift have a golden shower?

In Trump’s America, even the showers are golden. #GoldenShowersgate #watersportsgate #goldenshower

What’s the difference between a lentil and a chickpea?
Trump wouldn’t pay $1000 to have a lentil on his face.#watersportsgate #goldenshower

room service? listen dickhead, you knew exactly what i meant when i requested a golden shower… pic.twitter.com/zB962kNCTf

Somewhere an unfortunate staffer is having to awkwardly explain to Mike Pence what a “Golden Shower” is. #Trump #russia #goldenshowers

President Obama bids farewell to the nation, with a nod to the LGBTQ community