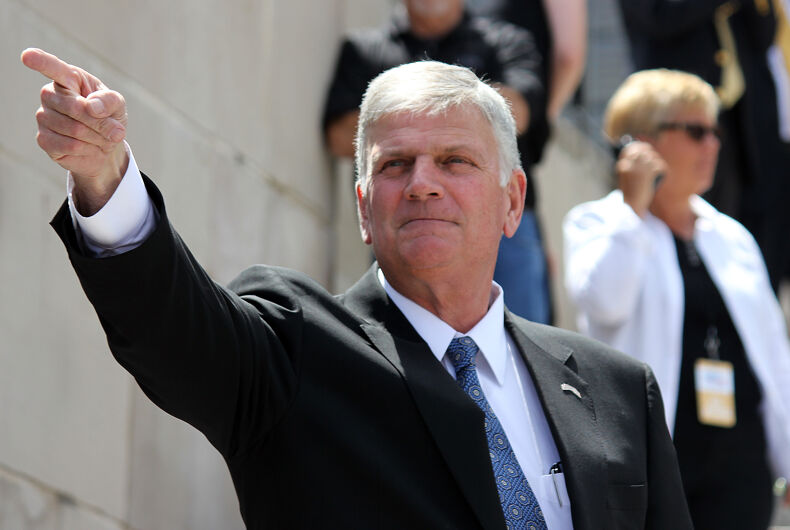 A host of anti-LGBTQ clergy will join Donald Trump at his inauguration on Jan. 20, meaning it will look an awful lot like his cabinet.

Graham was critical of Charlotte’s passage of an expanded non-discrimination ordinance offering protections for the LGBTQ community and was supportive of Amendment One, which defined marriage as between a man and a woman in the state constitution. He has called gay Christians “the enemy” and called for a boycott of all LGBTQ-friendly businesses.

Dolan lobbied against same-sex marriage in New York, comparing it to incest. While he is okay with gay people being friends, they must remain celibate or face damnation.

Rodriguez called the legalization of same-sex marriage “defacto and legal catalyst for the marginalization of Americans who embrace a biblical worldview.”

White and Hier appear to buck the trend, with no known anti-LGBTQ views. White held a prayer vigil for the victims of the shooting at the Pulse nightclub, and Hier runs the Los Angeles’ Museum of Tolerance, which recognizes LGBTQ persecution.

‘Bathroom cops’ may soon become a reality in Alabama