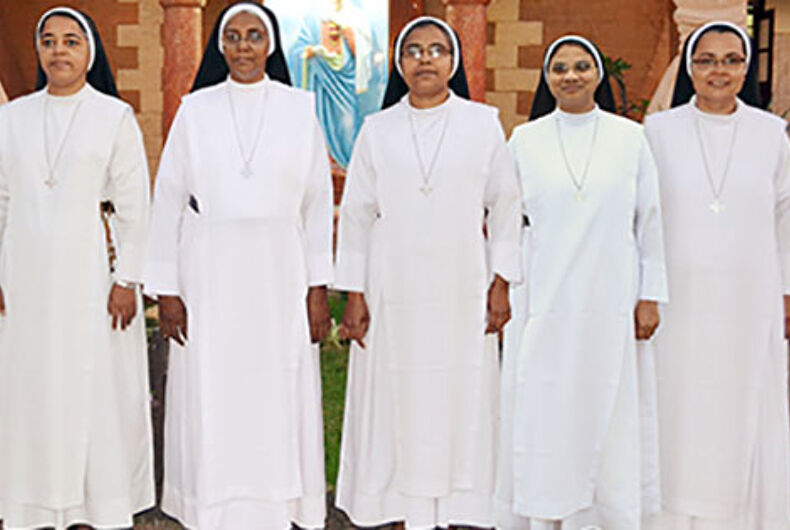 A new school and support group for transgender people in Kerala, India, is run by nuns.

PinkNews reports the Sisters of the Congregation of Mother Carmel offered their buildings to form a welcoming place for transgender people who felt ostracized by their classmates and/or teachers.

“The school will cater to those transgender people who had dropped out from schools in their early age due to various reasons,” said trans activist Vijaya Raja Mallika, pictured below.

This may be the very first group of its kind in all of India, activists say.

“The whole Church has a big role to play,” said Father Paul Madassey, who is in charge of Pro-Life Support for the Kerala Catholic Bishops’ Council, a global social service movement within the church, according to UCA News.

“There is an active sex racket from north India eyeing transgender people in Kerala. They are trying to exploit the discriminatory situation they face,” said Fr. Madassey.

According to UCA News, there are roughly 500,000 trans people in India. Without the support of their families, a job, health coverage and education, many wind up on the street begging for money or are exploited in the sex trade.

“We don’t stand for exclusion but stand for inclusion along with education and employment support from society and the state,” said Mallika.