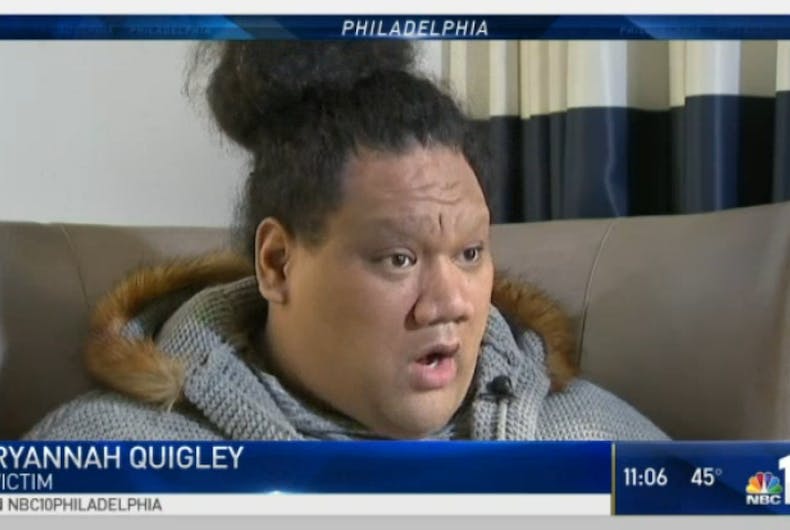 Ryannah Quigley said she has been attacked before for being transgender.Photo: Screenshot

Police in Philadelphia have arrested a 25-year-old homeless man accused of punching a transgender woman.

Quigley told NBC10 that she was walking down a street Friday afternoon with friends when a man started staring at her. She greeted the man.

“I said, ‘Is there a reason why you’re staring at me up and down?’ And he stopped and turned and looked and he said, ‘Whatever bro.’ So that’s when I said, ‘Please don’t call me bro,'” Quigley said.

Quigley said that she took out her phone to record the incident.

“He just started screaming, and he just kept telling me ‘You’re a faggot’ and ‘You’re going to hell’ and he kept saying ‘You’re never going to be a real woman.'”

The man punched Quigley, threw a bag of food at her, and then ran away. Quigley suffered cuts and a bruise from the incident.

She reported the incident to Philadelphia police who have arrested a man who was wearing the same clothes as in the video. Police said that he will be charged with assault.