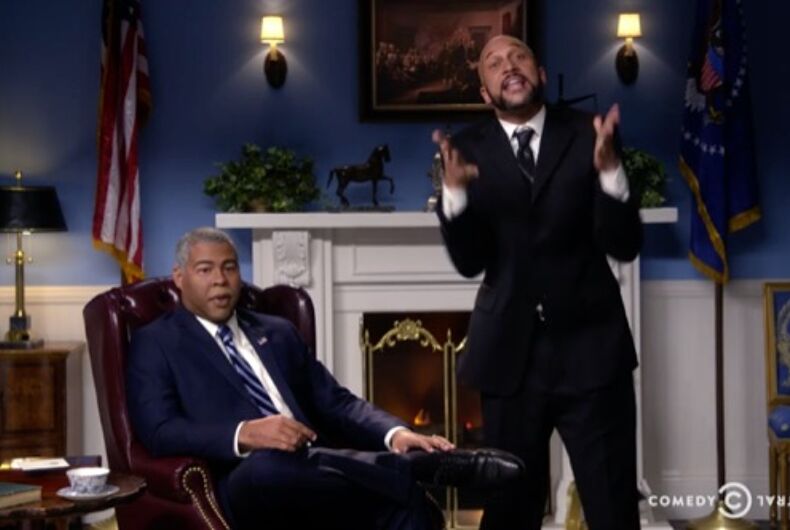 Comedians Key & Peele hit The Daily Show last night to perform their long running skit featuring Obama’s “anger translator.” While No-Drama-Obama has been a stabilizing force in a country gone mad, it’s always fun to hear the comedians “translate” Obama’s stately manner into something a little more common and humanizing.

This time, the stately Obama and his raving translator give the outgoing president a formal goodbye that says exactly what you want to hear.

Watch it below and try not to laugh.