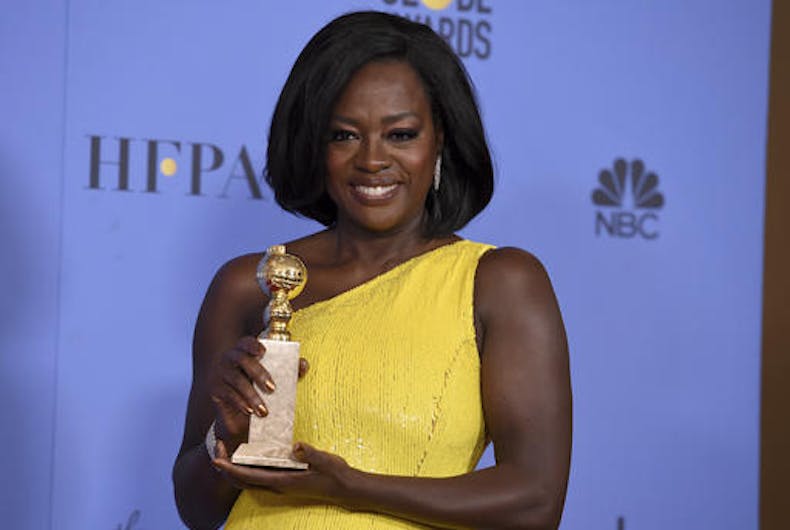 Viola Davis poses in the press room with the award for best performance by an actress in a supporting role in any motion picture for "Fences" at the 74th annual Golden Globe Awards at the Beverly Hilton Hotel on Sunday, Jan. 8, 2017, in Beverly Hills, Calif. Photo: (Photo by Jordan Strauss/Invision/AP)

Did you miss last night’s Golden Globe Awards? Here’s your list of the award winners who carted away a trophy.

While “La La Land” may have swept the awards, Viola Davis was a favorite with readers. Who were you cheering for?