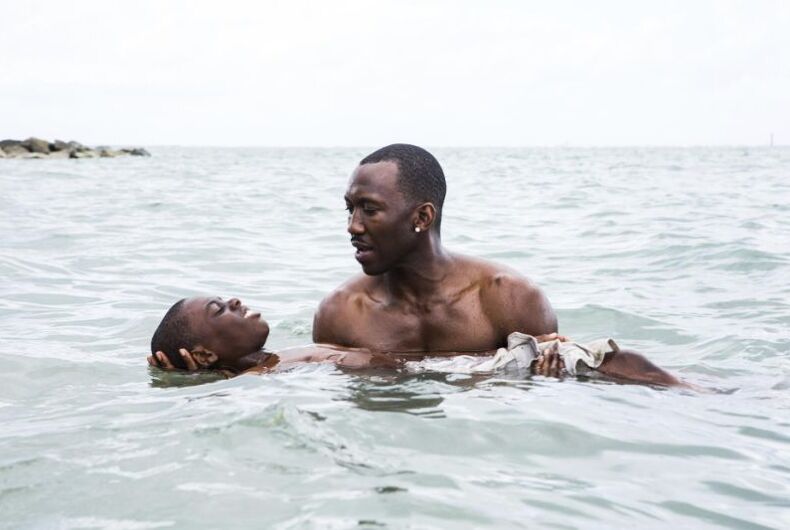 This image released by A24 shows Alex Hibbert, foreground, and Mahershala Ali in a scene from the film, "Moonlight." Photo: (David Bornfriend/A24 via AP)

Moonlight, a film about an African-American boy growing up and coming to terms with his sexuality, won Best Motion Picture – Drama at the Golden Globe Awards last night.

Screenplay writer Barry Jenkins told the LA Times, “The whole point of this film for Tarrell [Alvin McCraney, the playwright of ‘In Moonlight Black Boys Look Blue,’ which inspired the film] and I was to tell a very truthful story about how we grow up…. It was about getting it right… and speaking truth to power.”