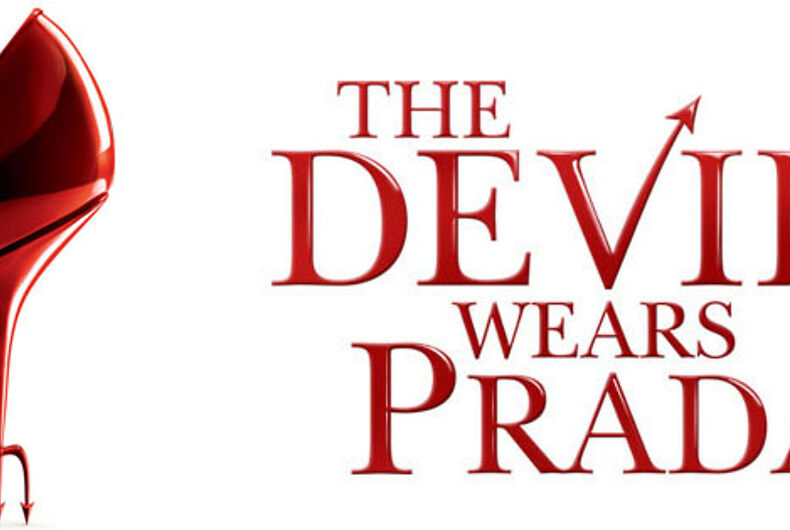 The next book-turned-movie-turned-musical headed for Broadway is the Meryl Streep/Anne Hathaway hit, The Devil Wears Prada, and none other than Sir Elton John is going to collaborate on the music for the show.

As Gay Star News reported, Paul Rudnick, of Jeffrey and In & Out fame will work with the pop icon.

“Re-imagining The Devil Wears Prada for the musical theatre is super exciting,” John said in a statement Thursday.

“I’m a huge fan of both the book and the feature film, and a huge aficionado of the fashion world. I can’t wait to sink my musical teeth into this hunk of popular culture.”

Of course, John is no stranger to Broadway. His credits include “The Lion King,” “Aida,” “Billy Elliot: The Musical” and “Lestat.”

The 2006 film was based on a 2003 novel of the same name by Lauren Weisberger, who worked at Vogue for editor Anna Wintour.