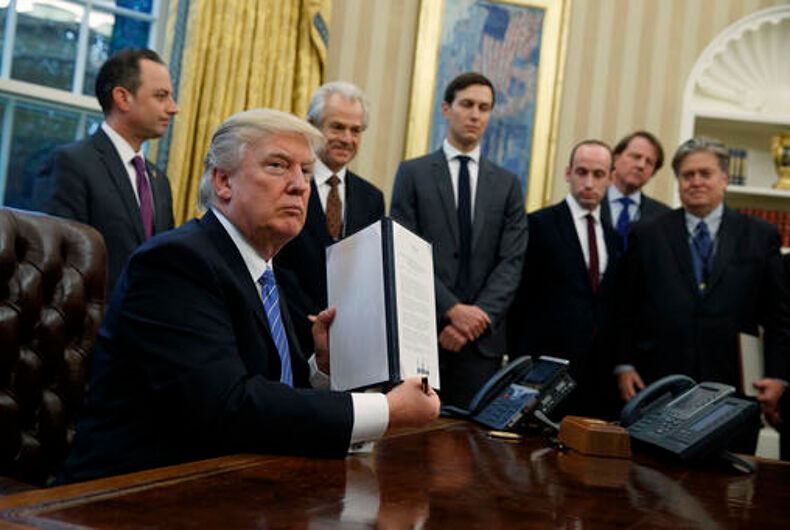 BRUSSELS (AP) — Belgium is joining the Netherlands in backing the creation of an international fund to finance access to birth control, abortion and sex education for women in developing countries in an attempt to make up for U.S. President Donald Trump’s ban on U.S. funding.

Alexander De Croo, Belgium’s minister for foreign trade and development, says he is fully behind the initiative of his Dutch counterpart to set up an international fund for safe abortions. De Croo says Wednesday that “this decision of the White House has an immediate impact on the lives of millions of girls and women in developing nations.”

Trump’s executive memorandum signed Monday reinstituted a ban on U.S. funding to international groups that perform abortions or even provide information about abortions.

A day later, The Netherlands said it wanted to set up the fund and invited governments, businesses and social organizations to join in to “compensate for this financial setback.”

The ban on performing or even talking about abortions has been instituted by Republican administrations and rescinded by Democratic ones since 1984. Former President Barack Obama last lifted it in 2009.

Belgium already has teenage pregnancy programs in Mali and Niger and works with U.N. organizations in Guinea for better family planning.

De Croo insisted Trump would only achieve the opposite of what he wanted.

“Research shows that ending support to these organizations leads to less access to contraceptives. Hence, it increases the numbers of abortions” and often in unsanitary conditions, he said. “The result of the measure is that many teenage girls will be scarred for the rest of their lives, or even lose their lives.”

“We cannot let this happen,” she said.