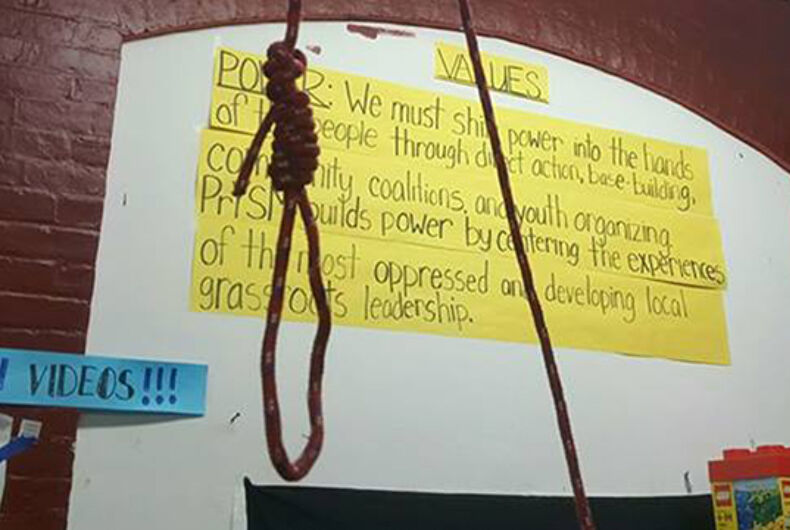 The noose, hung from the rafters at the center. Photo: Facebook

A queer Southeast Asian youth center in Rhode Island was targeted by vandals who broke up and strung up a noose from the rafters, as well as stabbing two knives into a table.

“Maybe it was a prank, but IT IS NOT funny,” he writes in the post. “But I don’t think it’s a joke, I think we were sent a CLEAR message.”

He has sent a strong message back, saying they will not be intimidated.

“You will not steer us away from our mission,” he continues. “You will never dampen our spirit. You will only motivate us even more. We will continue to fight for justice and defend our community, our families, and our people.”

The center was founded in 2001 and their mission, as stated on their website, is to organize “at the intersections of race, class, gender, and sexual orientation by centering youth, female, queer, and people of color leadership in our campaigns, our organization, and our communities” and to mobilize “queer Southeast Asian youth, families, and allies to build grassroots power and organize collectively for social justice.”