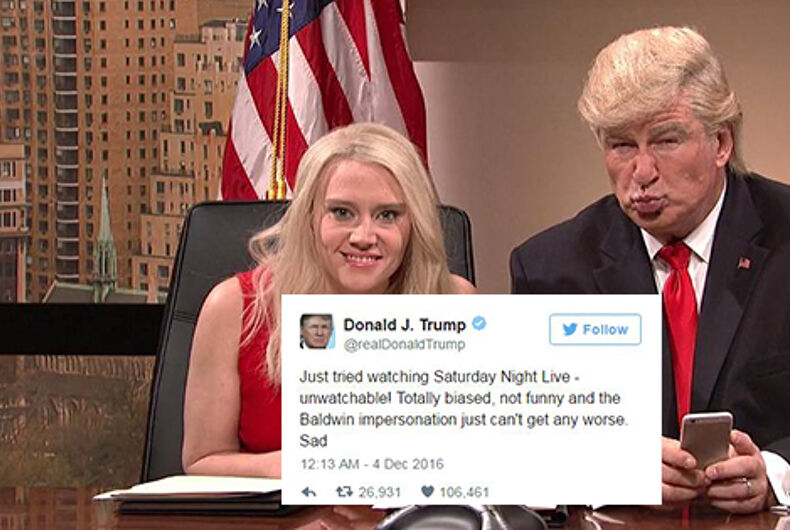 Donald Trump can’t stop letting SNL rent space in his head, tweeting out yet again that they are being unfair to him. After previously calling on the show to be cancelled, Trump took to Twitter again this weekend to trash the show and Alec Baldwin’s priceless impersonation of him.

The SNL cold open mocked Trump for his penchant for retweeting anyone and everyone and his distaste for security briefings, which he has been turning away since getting elected.

Danielle Muscato, a transgender musician and civil rights activist, decided she had had enough of the president-elect’s shenanigans and set to task reading him up and down in front of an applauding nation.

Jesus fucking Christ, @realDonaldTrump. You are the president-elect. Pick your fucking battles, man. You're embarrassing yourself.

You are not fooling anyone. You're scared, and overwhelmed, and you have absolutely no idea what you're doing. And it shows

You think we're all too polite, too aghast, to call you out. I see through you, Donny. I'm calling you out. You're a joke.

Take a look at the skit that so offended Trump in the video below.