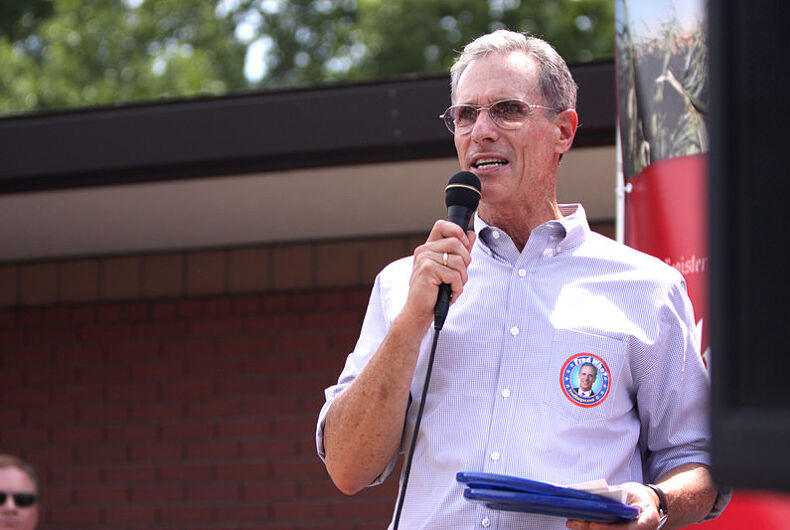 Political consultant and former Republican presidential candidate Fred Karger is kick starting dormant efforts to go after the tax-exempt status of the Mormon church over their 2008 involvement in California’s Proposition 8 Campaign against same-sex marriage.

He announced on Thursday that he “has amassed a network of lawyers, researchers, investigators and like-minded organizations to help take his fight to the IRS,” to build “the biggest, loudest and most comprehensive” legal challenge ever mounted against the church’s status as a tax-exempt organization, The Salt Lake Tribune reports.

Karger, the first ever openly gay presidential candidate of a major political party in America, has worked on the presidential campaigns of candidates such as Ronald Reagan and George H.W. Bush. He founded Californians Against Hate in 2008 in part to investigate the church’s role in providing financial support for the campaign to ban gay marriage in the state.

That effort stalled, Karger admits, after his failed presidential run in 2012, but his desire to restart it was sparked by the LDS Church policy declaring same-sex Mormon couples “apostates” and keeping the children of those couples from baptism until they turn 18.

He notes that the emotional toll of that has been traumatic, saying there had been an increase in teen suicides since the policy was put into place.

Karger is in the process of producing an ad campaign featuring Mormons and ex-Mormons between the ages of 18 and 24 revealing how the anti-LGBTQ church policies have hurt them and their families. The ads will encourage those with information regarding the church’s political dealings and influence to come forward. The commercials will run in Utah in the beginning of next year.

“Somebody has got to fight for these kids. It’s inexcusable, the damage and suffering the church has caused for so many of these families,” Karger said, encouraging the church to progress with the times.

His nonprofit group Rights Equal Rights has launched a website, MormonTips.com, where whistleblowers are encouraged to share what they know.

He is hoping for more material like the 15 leaked tapes that came out in October, wherein Mormon leaders speak about their fears over the growing gay rights movement, as well as hear from a former senator and church member who tells them the Iraq war could open the door for more converts.

While federal law prohibits tax-exempt organizations, such as churches, from participating in campaigning for a candidate, the LDS Church has argued that it has stayed on the right side of the law. They claim political neutrality, while also arguing that they maintain the right to speak on issues with “significant community or moral consequence.”

Karger alleges that the church has been involved in efforts to fight same-sex marriage in as many as 26 states and has allowed the use of Mormon meetinghouses for political organizing.

The LDS Church did not respond to The Salt Lake Tribune when asked for comment.

In related news, the first LGBTQ community center has come to Provo, Utah, and sits across the street from the Mormon temple.