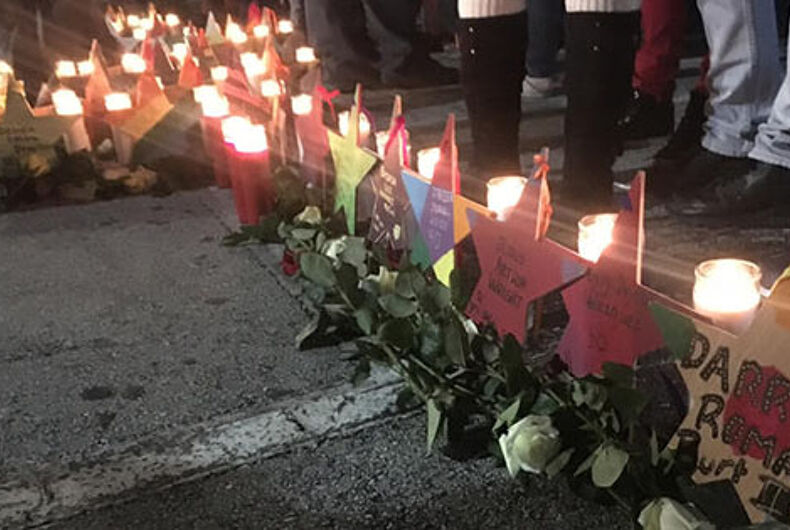 An array of 49 stars stood alongside candles, each naming one of the 49 patrons who were killed at Pulse nightclub in Orlando, Fla, six months ago, as relatives, friends and survivors of the June 12th massacre gathered in silence.

For the first time since that horrendous night, members of the public were allowed inside the fenced area at Pulse for a vigil early Monday morning. The mourners turned out by the dozens, and hugged each other outside the shuttered gay club, to mark the six-month anniversary of the massacre.

Many of those in attendance wore black, some wore rainbow-colored “Orlando United” T-shirts and baseball hats. Many sported “OnePulse” tattoos.

At 2:02 a.m., the exact moment a gunman opened fire inside Pulse, the names of each of the dead were read aloud. The gunman’s name was not mentioned. 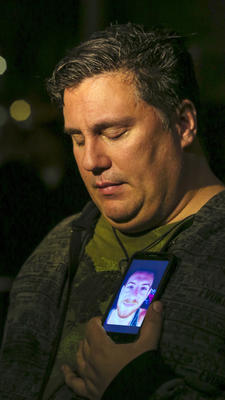 More than 50 people were seriously injured in the June 12th massacre, which was the worst mass shooting in modern U.S. history.

Two other services are planned in Orlando later today.

Click here to view a slideshow of the early morning tribute to the victims from the Orlando Sentinel.

Watch a report below from Tampa TV station WFLA:

On the next page, read a recap of what has happened in the six months since the massacre, from Orlando Weekly.