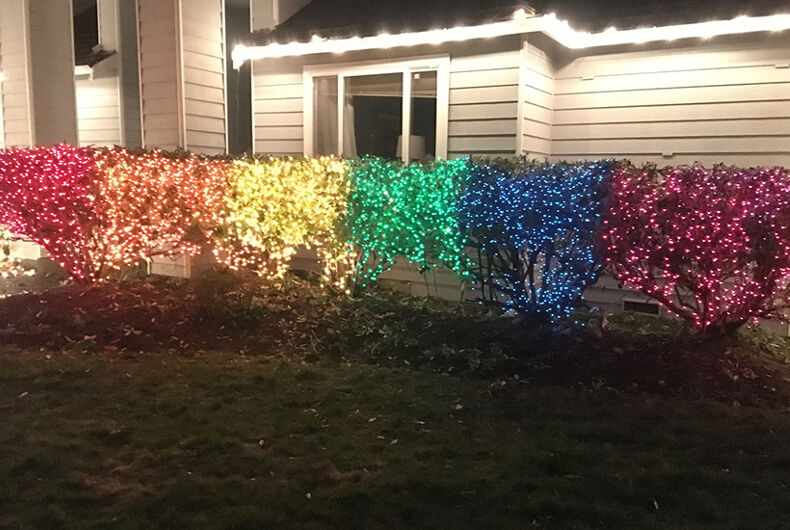 A woman on Reddit said she’s sick and tired of her neighbor making disparaging comments about gay people, particularly gay youths, so she’s decided to take a stand this holiday season.

The neighbor then went on to express her utter dismay about how the local junior high had recently held an assembly to discuss transgender issues and trans inclusion.

“That, coupled with the school’s justifications for letting lesbians attend the prom together and doing an assembly that taught kids the facts about being transgender were just too much for her,” the woman wrote. “She said that she had to move them away because she was so sick of the gays and transgenders and everyone making their ‘lifestyle’ okay.”

Even though the woman said she was steaming mad, rather than tell her neighbor to go to hell right then and there, she chose a more peaceful, passive aggressive method in dealing with the situation: Rainbow Christmas lights. 10,000 of them, to be precise.