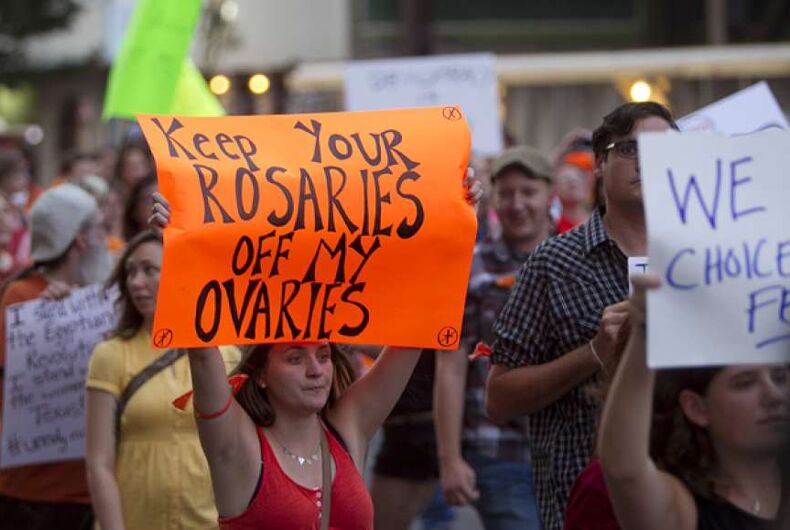 AUSTIN, Texas (AP) — A Texas state agency has released a new edition of a booklet for women considering an abortion that suggests there may be a link between terminating pregnancies and increased risks of breast cancer and depression.

The Texas Department of State Health Services issued the new edition of “A Woman’s Right to Know” on Monday.

Since 2003, state law has mandated that pregnant women be provided information when mulling an abortion. The new edition of the booklet contains a section titled “Breast Cancer Risk,” despite numerous, peer-reviewed studies that have refuted links between abortion and breast cancer. The booklet also says women who terminate pregnancies can become suicidal and infertile.

The Supreme Court has struck down key provisions of Texas’ 2013 law placing some of the nation’s tightest restrictions on abortion.

© 2016, Associated Press, All Rights Reserved.
This material may not be published, broadcast, rewritten, or redistributed.
Health and Wellness
abortion