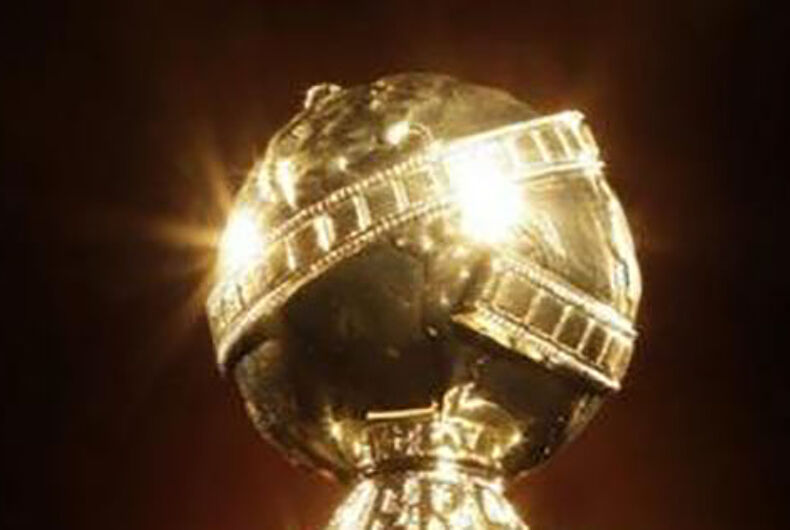 The 2017 Golden Globe Awards will not feature nearly as many LGBTQ nominees as in January, but those who were nominated are up for the biggest prizes of the year. And more than a few movies and television shows featuring positive representation of the community are among the nominees.

With six nominations, the gay-themed coming of age drama “Moonlight” was narrowly edged out by the Hollywood love letter “La La Land,” which took home seven, as announced Monday morning by the Hollywood Foreign Press Association in Los Angeles.

Barry Jenkins’s acclaimed drama about a black gay man in Miami at three stages of his life is seen as a strong contender against what the Guardian called “a hymn to old Hollywood.” “Moonlight’s” haul included nominations for best picture, best director, best screenplay, best original score, best supporting actor for Mahershala Ali and best supporting actress for Naomie Harris.

Out filmmaker and scribe Tom Ford won the nod for Best Director and Best Original Screenplay for “Nocturnal Animals.” In the last month he’s been quoted as saying he didn’t know homosexuality existed until he was 17 ,and told GQ that he thinks all men, gay, straight, bi or trans, should be penetrated at least once in their lives.

Sarah Paulson – who earlier this year said she did not want the label “lesbian” but was dating actress Holland Taylor, her latest in a string of girl-on-girl relationships — is nominated for “The People v O.J. Simpson: American Crime Story”

Bisexual actress Evan Rachel Wood is nominated for her role in HBO’s “Westworld.”

Last year’s Golden Globe nominations set a new record for LGBTQ performers and creative works, although only two awards went to members of the community: Sam Smith and Lady Gaga.

Amazon’s “Transparent” is among the nominees again, with nods for best television drama and a nomination for Jeffrey Tambor. The hit series won big in 2015 but was among those passed over earlier this year.

Human Rights Campaign heaped praise on LGBTQ allies receiving honors, including Mandy Moore, who recently revealed that her mother and two brothers are LGBTQ. She was nominated for the hit TV show This Is Us.

Other allies include actors Bryan Cranston, Sarah Jessica Parker and Kerry Washington, who were also nominated.

Ryan Reynolds’s performance as pansexual superhero Deadpool received a nod for Best Actor in a Comedy.

Rachel Bloom, co-creator and star of “Crazy Ex-Girlfriend” — which GLAAD praised for its LGBTQ cast, crew and efforts to tackle bisexual visibility — is once again nominated for Best Actress in a Comedy award, following this year’s victory.

The 2016 host, Ricky Gervais, is not returning after controversial remarks he made about Caitlyn Jenner made headlines. This year, ABC’s Jimmy Fallon will be master of ceremonies at the awards Jan. 8 at the Beverly Hilton Hotel in Beverly Hills, to be broadcast live on NBC.

And even if she does not win for “Florence Foster Jenkins,” Meryl Streep, 67, is sure to go home with at least one award: the heralded actress is being honored for her outstanding contributions to the world of entertainment with the 2017 Cecil B. DeMille Award.

“Simply put, she is a trailblazer, having paved the way for women in television, film and stage,” HFPA president Lorenzo Soria said last week. “For shattering gender and age barriers, all with finesse and grace, the HFPA is humbled to bestow this honor upon her.”

The full list from the Hollywood Foreign Press Association is below:

Best Performance by an Actor in a Supporting Role in a Motion Picture:

Best Television Series – Drama:
“The Crown”
“Game Of Thrones”
“Stranger Things”
“This Is Us”
“Westworld”

Best Performance by an Actor in a Limited Series or Motion Picture Made for Television:
Riz Ahmed – “The Night Of”
Bryan Cranston – “All The Way”
Tom Hiddleston – “The Night Manager”
John Turturro – “The Night Of”
Courtney B Vance – “The People v O.J. Simpson: American Crime Story”

Best Performance by an Actress in a Limited Series or Motion Picture Made for Television:
Olivia Colman – “The Night Manager”
Lena Headey – “Game Of Thrones”
Chrissy Metz – “This Is Us”
Mandy Moore – “This Is Us”
Thandie Newton – “Westworld”