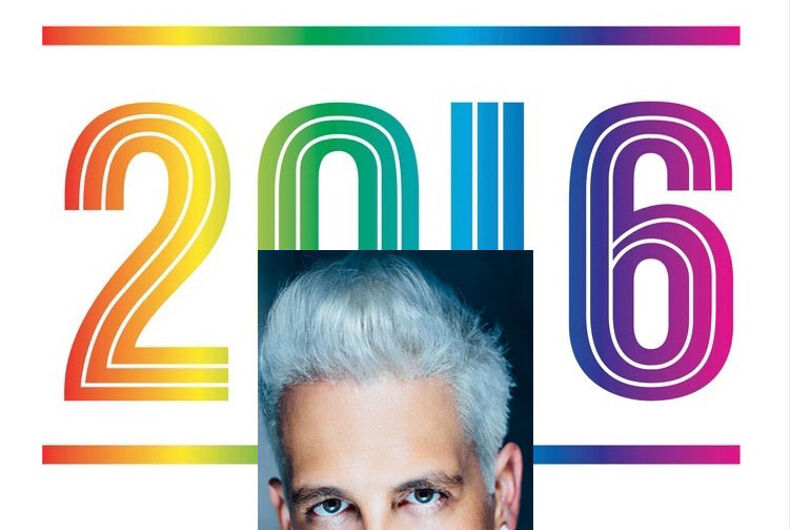 Editor’s note: this article was updated to include an explanation of the contest.

The LGBTQ Nation Person of the Year 2016 poll has only been open one week and already there is a clear leader: Milo Yiannopoulos.

And the very fact that the controversial Breitbart tech editor who was banned from Twitter is in the running is a big deal among his fans, who have shared the news on Reddit.

But so have supporters of former Indiana governor and now Vice President-elect Mike Pence. He’s in second place and Reddit users are sharing the link, too.

In third place are the victims, survivors and families of the nightclub massacre at Pulse, followed by Ellen DeGeneres, and Lin-Manuel Miranda of “Hamilton” fame. And that’s just the top five.

The poll is not an award. It is a reader-driven decision on the year’s top newsmaker. Hate them or love them, everyone on the list were regulars in 2016’s newscycle. The person or persons receiving the most votes by the contest’s end will be named LGBTQ Nation Person of the Year 2016.

Read more about the nominees by clicking here, and cast your vote! Voting will remain open until December 31.

The pride flag’s big year, from burnings to flying high