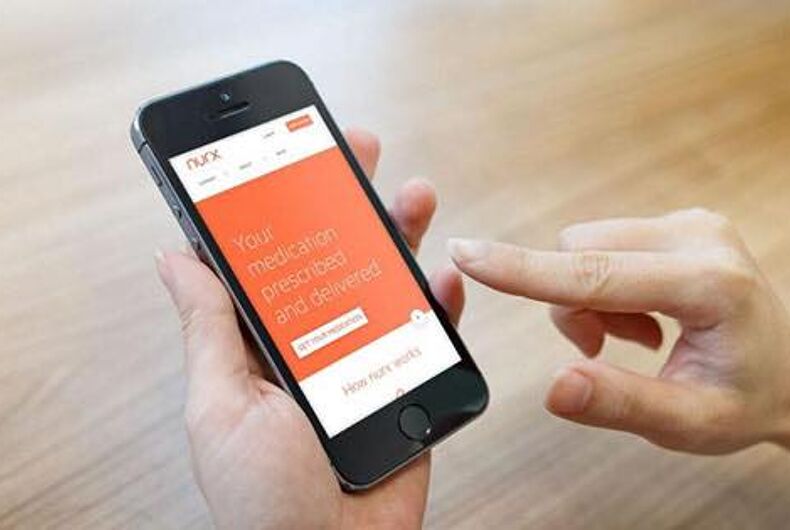 As the days count down toward the beginning of the Trump administration and the threatened end of ObamaCare, a San Francisco company that delivers free birth control and low-cost PrEP through an app to your door is now offering customers a $45 credit for using the promo code “Donald Trump.”

Unfortunately, the “Donald Trump” promo code will not apply to Nurx customers who order PrEP. But as NewNowNext reported, the company aims to make the best medication to fight HIV infections more accessible. PrEP, or pre-exposure prophylaxis, is marketed as Truvada and can cost $1,400 even with insurance.

And in the hands of the Trump administration, there may be no insurance to treat HIV, so right now Nurx is working to reduce barriers and improve access. Shipping is free, and the cost of PrEP is greatly reduced, too.

“Unfortunately, access is still a major problem for many who need and want to be on PrEP,” said Jayne Gagliano, the PrEP Services Coordinator at Nurx. “We are changing the game in the fight against HIV by making PrEP more accessible through our app.”

As illustrated in the company’s brochure, the goal is to deliver PrEP to a customer’s door at a cost “as close to $0 as possible.” Right now, however, those doors are limited: Nurx only delivers to California, New York, Washington, Pennsylvania, and to U.S. military bases.

As TechCrunch reported, the company recently acquired additional funding to the tune of $5.3 million, and plans to expand nationwide. Red states, including Ohio and Missouri reportedly are on the drawing board for the near future, with Virginia, Illinois, and Florida to follow.

Find out more about Nurx and the $45 credit for three months of free birth control by clicking here.