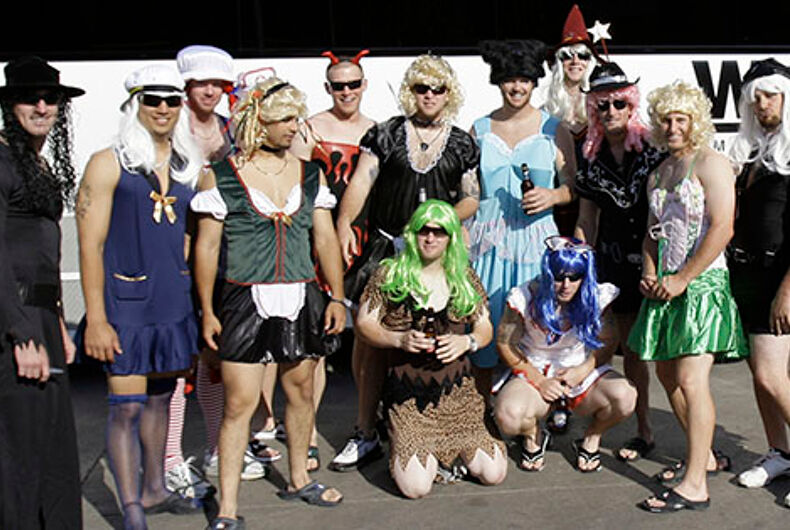 Huston Street believes in some of baseball’s oldest, tried-and-true traditions, and the reliever knows team building can be a real benefit, so he considers the elimination of rookie dress up in the new labor deal the loss of “a healthy ritual.”

The Los Angeles Angels closer, like many players expressing their views Tuesday, disagrees with Major League Baseball’s ban on the hazing ritual of dressing up rookies in costumes that could be considered offensive, including women’s outfits.

“An effort to show our childlike spirit, or humble ourselves in wearing something funny as a team building moment, is now gone,” Street wrote in an email to The Associated Press, “but rest assured some other ritual will rise, will be kept far more secret and hopefully it’s as safe and harmless as uncomfortable clothes.”

Baseball owners and players ratified their five-year labor contract Tuesday, which contains a new Anti-Hazing and Anti-Bullying Policy formulated by management, rules the union agreed not to contest.

New York Mets rookie outfielder Brandon Nimmo was among the last group to participate this past season. In September, he had to wear a wig and dress in the style of the 1992 movie “A League of Their Own” while fetching coffee and doughnuts in Philadelphia.

“I guess I’m sad to see that go. I’m glad that I got to partake in it last year. Wouldn’t trade that,” Nimmo said at the team’s Citi Field holiday party. “I felt like it just kind of brought the team closer together, let’s have a little fun together.”

Many retired players were outraged, taking to social media to show their disgust. Mark Mulder, a big league pitcher from 2000-08, tweeted:

Yet for baseball officials, the decision goes far beyond just good-natured fun.

Billy Bean, a big league infielder and outfielder from 1987-95 who came out as gay in 1999, spoke with MLB’s labor lawyers as the policy was developed as part of his role as vice president for social responsibility and inclusion.

“To me it’s important to be cognizant of the images that our players project to our fans, and I think where for many where it would seem that it’s common sense that it’s just all in good fun and being silly, there are many sides to the story and I just think that it’s a responsible thing to do,” he said during a telephone interview. “Many players didn’t like this tradition but were afraid to speak up.”

“Remember, you’re doing this not because you look different or because you’re from some far corner of the globe. In fact you’re doing this for reasons that couldn’t be more opposite,” former pitcher Dallas Braden wrote to The AP. “You’re one of us. You’re here now, you’ve made it, you’ve earned it. You’re a BIG LEAGUER and in the big leagues we dress up and sing just like the Cy Youngs & MVPs who came before us.”

Many took to social media to express disappointment.