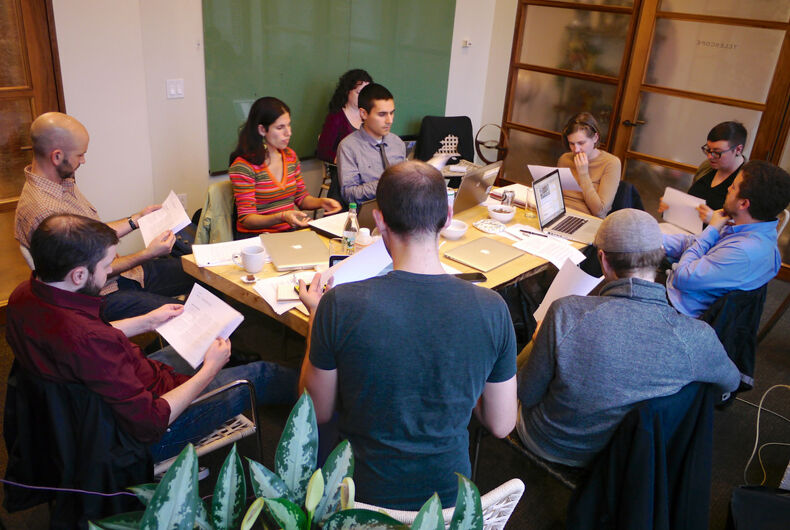 Most people are familiar with the gender wage gap, the fact that women make about 20 percent less than men on average. But, as Bloomberg reports, there’s a wage gap for bisexuals, too.

According to a new study from the American Sociological Review, which combined results from two nationally representative samples, bisexual women make 7 to 28 percent less than straight women, and bisexual men earn 11 to 19 percent less than their heterosexual colleagues.

An while analysis of the gender pay gap suggests a number of contributing factors — like working fewer hours/a more flexible schedule or caring for children — fewer of these circumstantial reasons seem to apply to bisexual workers.

There’s a gay pay gap, too, but some of the same factors that contribute to the gender pay gap seem to come into play with gay workers, including type of work, children, and marital status.

“After including the effects of motherhood and marriage in the model—highly significant predictors of wages—the wage gap between lesbian and heterosexual women becomes insignificant,” the study’s author, Indiana University doctoral candidate Trenton D. Mize, told Bloomberg. He also found that the gay wage gap disappeared when he accounted for fatherhood.

But these contributors were less present among bisexuals, Mize found, leaving stereotyping and discrimination as leading factors.

“I found that marriage and parenthood explained little if any of the wage gaps for either bisexual men or bisexual women,” Mize said. Rather, “the findings are suggestive of discrimination.”

Mize said he found in prior research that bisexual folks are more likely to be perceived as immature, dishonest, and less competent than straight or gay people. In other words, tired bisexual stereotypes may be influencing the earnings of bisexual workers.

He noted that this revelation is particularly troubling in light of recent political outcomes. While lawmakers have struggled to pass an Employment Non-Discrimination Act (ENDA) for decades, the likelihood of employment protections for LGBT people passing with Donald Trump and Mike Pence in the White House seems especially slim.

“I’m pessimistic at this point,” Mize said. “The tone is not promising.”

Trump has already vowed to sign the First Amendment Defense Act, which would make it explicitly legal to discriminate against LGBT people in employment, and Pence has voted against ENDA, which he claims “wages war on freedom of religion in the workplace.”