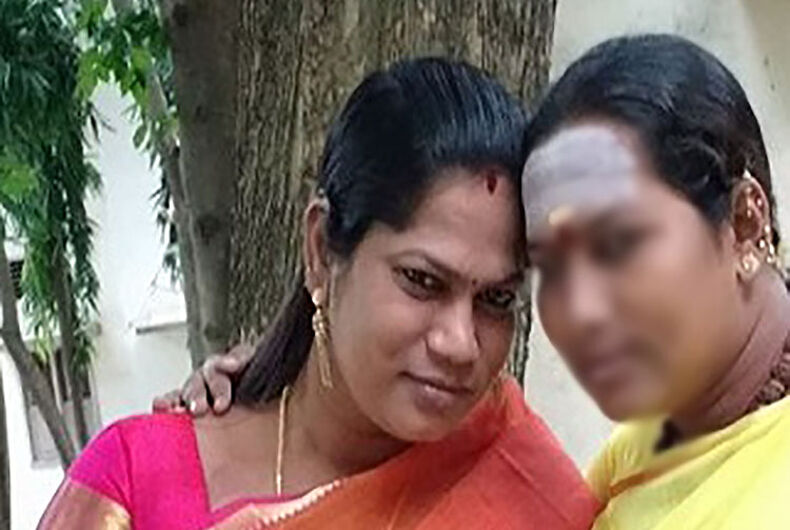 The month in which transgender people traditionally honor those lost to violence is ending with two more reports of hate: a trans woman in India was burned alive, and a woman in the Eastern European nation of Georgia died after being beaten with a concrete bar and had her throat slashed.

The report from The News Minute and shared by NewNowNext say the trans woman in India, Tara, was detained by police on November 9 after being accused of soliciting sex. Tara, 28, was discovered on the steps outside the police station with burns on 95 percent of her body. She was rushed to a hospital but succumbed to her injuries.

Authorities claim she set herself on fire and that a surveillance camera outside the station malfunctioned, preventing any proof of their claim. There is, however, video of officers taunting Tara and telling her to “go die.”

In the other attack, we’re just learning of the death of Zizi Shekeladze last month in the Georgian capital of Tbilisi. The 32-year-old trans woman was attacked at a bus stop on October 14. The attacker hit her over the head with a concrete bar several times, then slit her throat.

A suspect, Giorgi Murjikneli, was arrested and charged with attempted murder, reported Gay Star News. A court hearing is set for December 8th.

Shekeladze suffered head fractures and severe skull trauma, leaving her unconscious and on life support in intensive care, until her death a month later.

Word of her death came from a lawyer from the Women’s Initiative Support Group. And while prosecutors haven’t labeled it a hate crime, several groups rallied together to denounce her murder.

“Fundamental defects in the justice system, and the absolute non-existence of equality laws in Georgia country have created an environment of impunity and transformed the LGBT community as the most marginalized social group in the country” the groups said in a joint statement, according to Georgia Today.

“Unfortunately, in most cases, hate crimes are not taken into consideration during investigations,” said public defender Ucha Nanuashvili in a statement. “What is troubling is how ambiguous and incompetent the investigative methods are when dealing with a case like this.”

The worldwide count of transgender murders in 2016 has been calculated as approaching 300 on November 20, the Transgender Day of Remembrance.