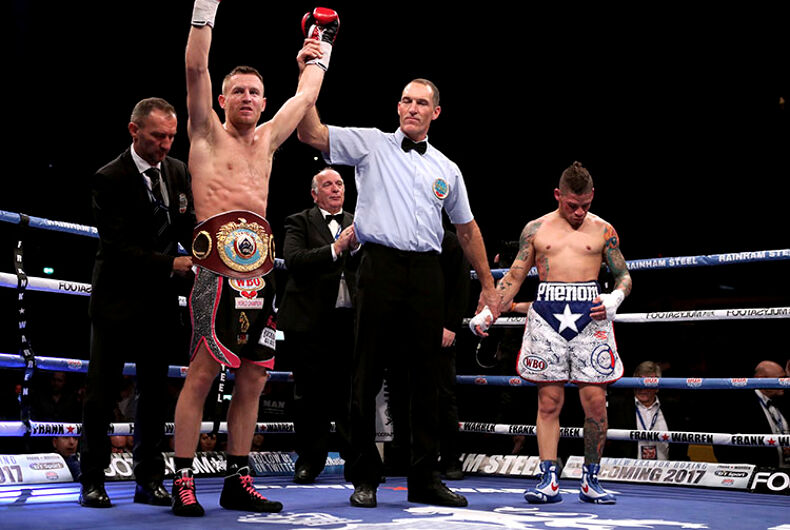 Not long after Orlando Cruz was defeated in his quest to become the world’s first out professional boxing champ, the Puerto Rican native was hit with homophobic tweets from a boxing promoter, among others, according to BoxingScene.com

The undefeated Terry Flanagan won the weekend fight and remains the World Boxing Organization Lightweight champion. The referee called the fight after Flanagan knocked down Cruz in the eighth and he didn’t regain his footing in time.

The uncle and trainer of the controversial heavyweight fighter Tyson Fury, Peter Fury, poked fun at Cruz as he cheered Flanagan’s victory. Fury claimed, “That’s the difference between real men & half of something else.” And after deleting his tweet, following criticism for his homophobic comment, he tweeted this:

Don't worry about my position. Fighting men I want to see. Not something else! #BOXING

Cruz, who came out in 2012, ignored that taunt and others, and instead offered thanks, in Spanish:

“Thank you for your treatment, support and respect, God bless you, that’s what we fall, we get stronger.”