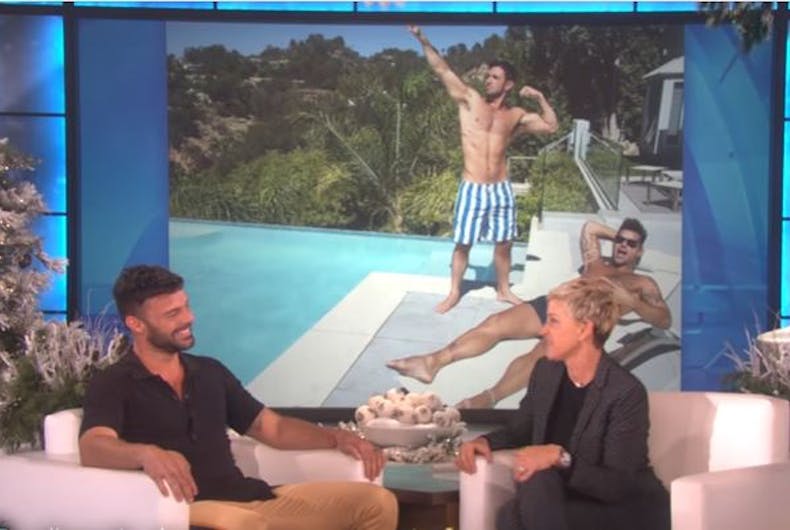 Ricky Martin dropped by “The Ellen DeGeneres Show” to reveal the big news that he is engaged to marry his partner, London based artist Jwan Yosef.

The couple met a year ago.

“He’s a conceptional artist and I’m a collector, so I started looking for art and I saw his art and I went crazy because I really love what he does. Really original. And I contacted him,” the singer told DeGeneres.

“And then you collected him,” she quipped, causing him to laugh.

“I proposed,” Martin said. “I was really nervous but I got on my knees and I took out the little, not a box, I just had them in a little velvet pouch and instead of saying, ‘Would you marry me?’ I said, ‘I got you something!'”

He eventually got the words, “Will you marry me?” to come out of his mouth and Yosef said yes.

Martin came out as gay in 2010. This will be his first marriage.

Watch Martin relive the experience of popping the question, while getting a bit choked up in the process, in the video below.

2016 is the deadliest year on record for transgender Americans