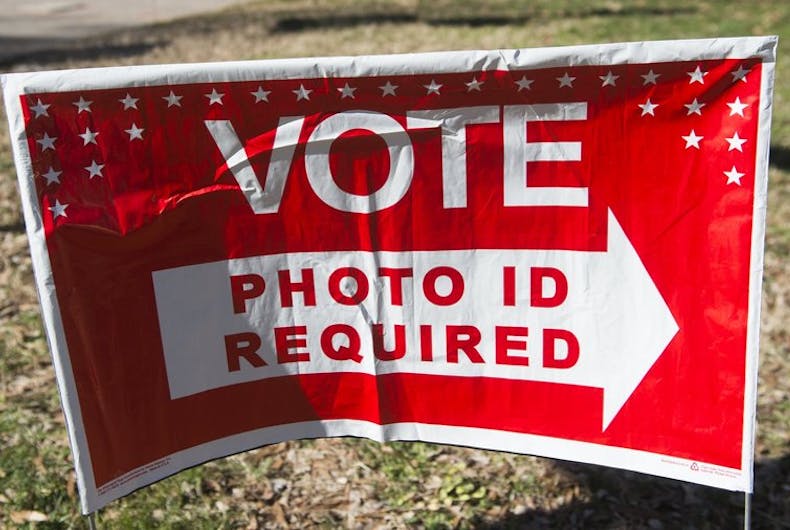 The state with a marked urban-rural divide is making choices on Election Day that will shape its identity. Will voters reject the state’s recent rightward policy shift, exemplified by a law limiting protections for LGBT people and restricting restroom access for transgender people?

Or will they embrace Donald Trump, endorse the conservative legislative agenda supported by Gov. Pat McCrory and re-elect U.S. Sen. Richard Burr, the powerful chairman of the Senate Intelligence Committee?

On both ends of the political spectrum, many voters say they’re more engaged than they’ve been in a while.

“I’m more into this election than I’ve ever been,” said Ira Craft, a Trump supporter from rural Duplin County who works as a mechanic at a power plant. “I feel like this is an era where if we don’t do something with our country, we’re doomed. More terrorism. Overpopulation. There’s going to be issues. We need to address it.”

The law known as HB2 has been the most divisive. It requires transgender people to use restrooms in many public buildings corresponding to the sex on their birth certificate, and it excludes gender identity and sexual orientation from statewide nondiscrimination protections.

Another GOP-enacted law — curtailing early voting and requiring photo ID from voters — was struck down by a federal court but continues to reverberate in voters’ minds.

Donna Guthrie, a 64-year-old nurse from Raleigh and registered Democrat, said she hopes lawmakers will repeal HB2 and believes opposition to the law will boost turnout in her party. But most of all, she hopes for a return to civility.

“I just hope that whoever gets in will be willing to work with the other party,” she said. “A lot of people now are saying ‘OK, it’s my team, and I’m just going for my team no matter what.'”

In tiny Mount Pleasant, retired nurse Janice Guffey planned to vote a straight Republican ticket on Tuesday. She supports McCrory and the legislative leaders who enacted HB2. She also blamed the law’s fallout — including sporting events relocated by the NBA, NCAA and ACC — on negative publicity stoked by liberals: “I think it’s someone trying to raise a stink.”

The differing opinions help illustrate what has made North Carolina something of a political enigma — and also a key presidential battleground. Growing cities such as Charlotte and Raleigh contain troves of Democratic voters, while vast rural swaths are conservative. A 2012 Census analysis found that only Texas had more rural residents.

Democrats represent about 40 percent of the state’s 6.9 million registered voters, while Republicans and independents are about 30 percent each. But the state has voted reliably for Republican presidential candidates since 1980, with the exception of Barack Obama’s 2008 victory. Meanwhile, Republicans have controlled the General Assembly since 2010 and are expected to retain majorities.

The state’s electoral makeup has created tight races between McCrory and his challenger, the state’s Democratic Attorney General Roy Cooper; and between Burr and Democrat Deborah Ross.

Voting access also has been on many peoples’ minds. The overturned measures curbing early voting hours and requiring photo ID to vote in person targeted blacks “with almost surgical precision,” according to a July federal court ruling. Black voters are typically a reliably Democratic voting bloc.

Last week, a federal judge ordered three North Carolina counties to restore the registrations of thousands of voters after the NAACP sued over residency-based challenges.

The fight over voting access helped motivate Vernon Hobbs of Apex, a Raleigh suburb, to cast an early ballot for Clinton and other Democrats. The 55-year-old small business owner in the health care field, who is black, hoped that strong early voter turnout sends a message.

“This should be another sign to our state officials that early voting and making voting easier is the way to go,” Hobbs said.

Trans student comes out to frat brothers: ‘I thought people would hate me’