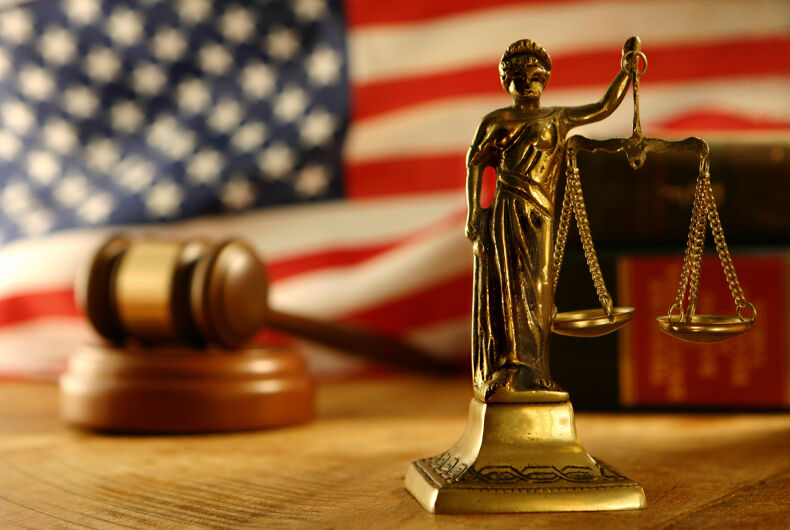 Baton Rouge Judge Todd Hernandez heard a full day of witness testimony and legal arguments in the latest in a series of disputes between the Democratic Gov. Edwards and Republican Attorney General Jeff Landry.

But the state district court judge didn’t rule on Landry’s request to block Edwards from enforcing his executive order prohibiting discrimination in government and state contracts based on sexual orientation and gender identity. He also didn’t rule on Edwards’ request to spell out the boundaries of the attorney general’s authority.

“There’s an awful lot of testimonial evidence submitted to the court to decipher,” he said.

Edwards says his LGBT-rights protection order, issued in April with an exception for contractors that are religious organizations, is a statement that Louisiana doesn’t discriminate.

Landry, seen as a possible challenger to Edwards in the 2019 governor’s race, calls the order executive overreach — arguing it’s unconstitutional because it seeks to establish a new protected class of people that doesn’t exist in law and that lawmakers refused to add.

The attorney general has stalled legal contracts that contain the anti-discrimination language, a move the governor says exceeds Landry’s authority.

Scott Johnson, general counsel for Edwards’ Division of Administration, estimated up to 100 contracts for state agencies and boards to pay outside lawyers are in dispute, leaving the entities either unable to compensate lawyers doing the work or unable to hire the lawyers at all.

“There’s a lot of anxiety out there,” testified Rick McGimsey, another top lawyer in the Division of Administration. “It’s been a daily issue.”

But even if the judge rules the anti-discrimination order is constitutional, Henry told Edwards lawyer Matthew Block that won’t change his vote against the contracts if they contain the LGBT-rights language.

No objections about the anti-discrimination language have been lodged from agencies or vendors outside of Landry’s office, Johnson said.

Lawyers for the governor and the attorney general traded accusations about who was at fault for the held-up contracts, why $18 million hadn’t been transferred from an agency overseen by Edwards to Landry’s office and why Landry wanted to pay one lawyer a rate well above the maximum rate typically paid to contract attorneys.

Landry’s office said the only language at issue with Edwards’ executive order is the term “gender identity,” a provision that protects transgender people. The attorney general’s office argued the term isn’t defined and could create legal problems and ambiguity for employers.

Block detailed other contracts that have been approved by the attorney general’s office that include language complying with a federal executive order barring discrimination based on gender identity. He also said the attorney general’s office has refused to sign off on some contracts that contain anti-discrimination language based on sexual orientation.

Defense bill stripped of provision that would have allowed discrimination