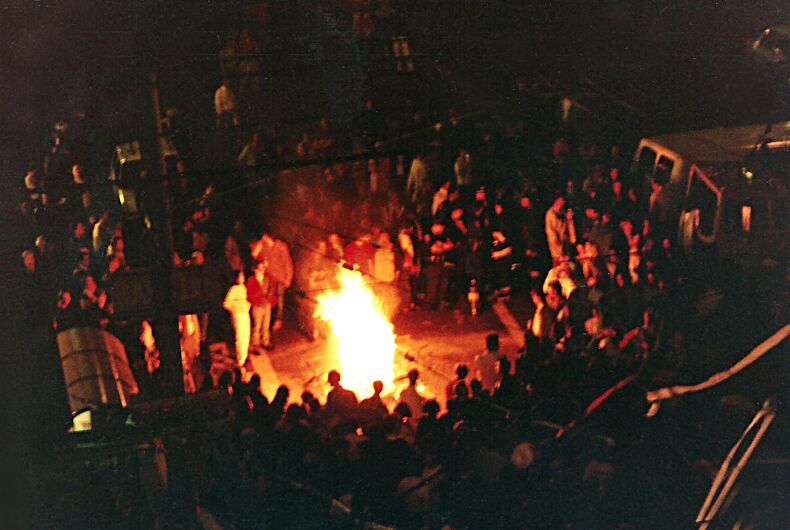 The first protest I ever participated in was against a Democratic candidate for President. Alabama Gov. George “segregation now, segregation tomorrow, segregation forever” Wallace’s 1964 primary effort exploiting white backlash brought him to Terre Haute, Indiana, and me to my first political action even though I wasn’t yet old enough to vote. So Barack Obama’s 2008 election was especially sweet for me.

Except Barack didn’t do any of that; Bill Clinton did.

The many things he did first and right have been eclipsed by what he got wrong — or, rather, people’s misunderstanding or misremembering the circumstances. The shorthand is that he did not “give us” Don’t Ask Don’t Tell and the Defense of Marriage Act, both passing Congress by huge veto-proof majorities.

Resentment was magnified by the magic gays expected from the first major party candidate to aggressively court them versus what came before, like Frank Kameny’s unanswered letters to President Kennedy and successor Lyndon Johnson.

In Vice President Hubert Humphrey’s 1965 response to Kameny, he clucked: “Neither the Federal Executive Orders on fair employment nor the Civil Rights Act which constitute the authority for this program on non-discrimination are relevant to the problems of homosexuals.”

By 1972’s presidential primaries Humphrey had changed his mind. “I see no reason why homosexual Americans should be excluded from protection under the law.” Support also came from Democratic candidates Ted Kennedy, Eugene McCarthy, John Lindsay, and Shirley Chisholm, and even Republican Pete McCloskey.

Because gays had helped George McGovern win the ’72 nomination, two out delegates were the first ever allowed to speak to a Democratic National Convention. But his operatives scheduled them close to dawn when most TV viewers were asleep, engineered a speech (which McGovern later disavowed) opposing the gay rights plank, and guaranteed its defeat.

Will a Democrat victory in NC mean the state’s anti-LGBT law will go away?

Women cover Susan B. Anthony headstone with ‘I Voted’ stickers on historic day