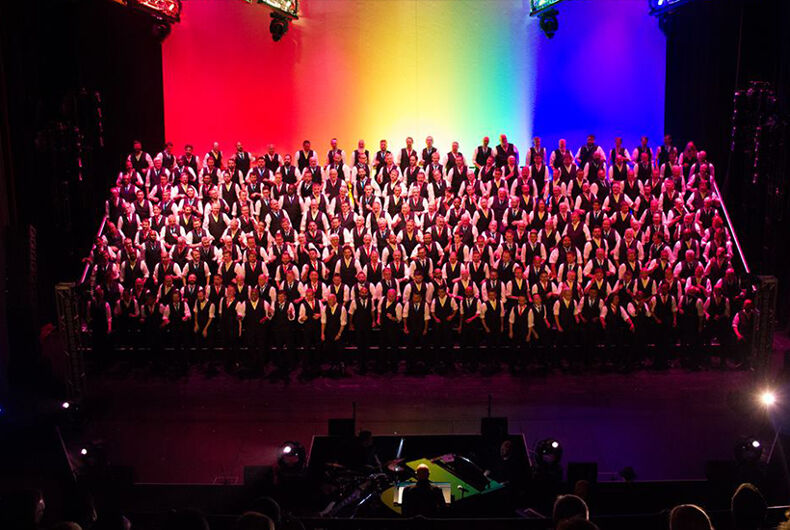 Just in time for the midterm elections, the world famous San Francisco Gay Men’s  Chorus is passing up an opportunity to tour the globe in 2018, and instead make its mark on the red part of the U.S.A.

“In response to the election, we decided we have as much work to do at home as we would do abroad,” said chorus director Tim Seelig to KGO-TV. “We want to go to those places that are still strongholds of this kind of discrimination and bigotry. And bring our voice. And encourage people there with our music. And also hopefully change some hearts and minds.”

Seelig named Mississippi, Alabama, and Tennessee as among its target states, and suggested the chorus would visit other communities where discrimination is rampant.

Chorus members told KGO singing together is their own way of being activists, not only helping their own healing but also easing fears across the LGBTQ community of the impending Trump presidency.

Watch a report from KGO below.