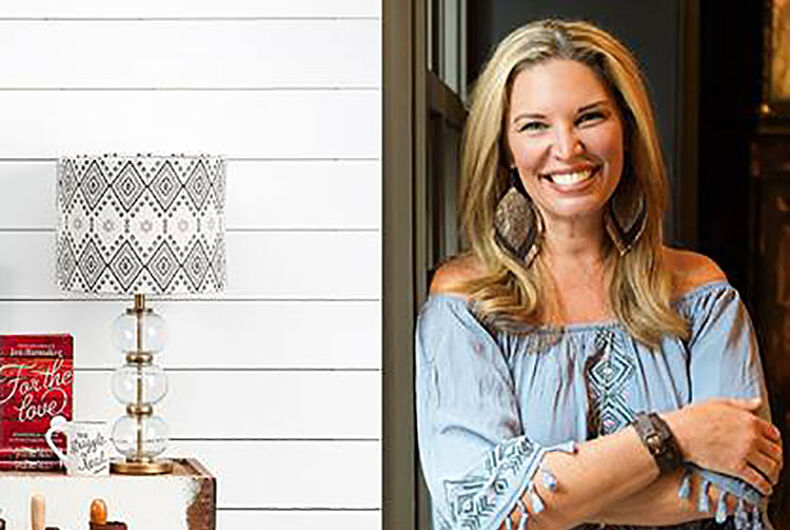 Popular Christian author Jen Hatmaker is responding to the move by LifeWay Christian Stores to pull her books from its shelves because she affirmed the legitimacy of same-sex relationships and same-sex marriage.

“Most of them are quiet because they are scared. With good and obvious reason. But they are beautiful people loved by Jesus and no matter what, we should speak in a way befitting the way of grace, the same way that found and saved and redeemed and healed us too. Please don’t mistakenly take me to the mat in public or private and imagine it doesn’t carry weight with tender, beloved people who are bearing witness to all this.”

The controversy began when she answered a question posed by Religion News Service’s commentator, Jonathan Merritt: “Politically speaking, do you support gay marriage?” Hatmaker shocked many when she said, yes, as follows:

“From a civil rights and civil liberties side and from just a human being side, any two adults have the right to choose who they want to love. And they should be afforded the same legal protections as any of us. I would never wish anything less for my gay friends.

“From a spiritual perspective, since gay marriage is legal in all 50 states, our communities have plenty of gay couples who, just like the rest of us, need marriage support and parenting help and Christian community. They are either going to find those resources in the church or they are not.

“Not only are these our neighbors and friends, but they are brothers and sisters in Christ. They are adopted into the same family as the rest of us, and the church hasn’t treated the LGBT community like family. We have to do better.”

As NewNowNext reported, that was too much for LifeWay, which not only sold her books but published some, too.

“In a recent interview, [Hatmaker] voiced significant changes in her theology of human sexuality and the meaning and definition of marriage—changes which contradict LifeWay’s doctrinal guidelines,” said spokesman Marty King.

To Merritt’s credit, he followed up with more introspection on this issue in a subsequent column, which you can read here. Just one word of caution: don’t read the comments.