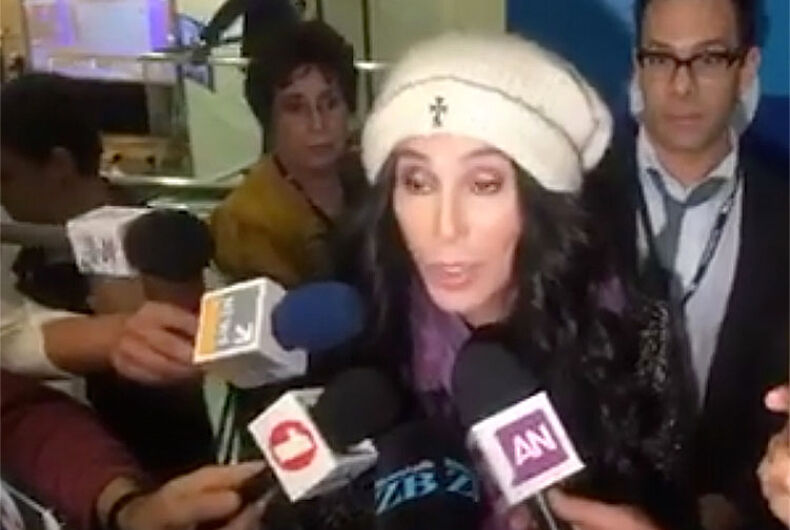 Cher is not only an icon to the LGBTQ community, she is also a mother to a transgender man, Chaz Bono, and that means the election of Donald Trump as president was more than just a cause: it’s personal. And so LGBTQNation asked her, what does this election mean to people like her son?

world will never be the same. I feel Sad for the young.🚽will never be more than the toilet, I’ve used as a symbol 4 Him.
U Can’t Polish 💩

MSNBC reported Cher had been backstage with pop singers Lady Gaga and Katy Perry at the Javits Convention Center in New York City Tuesday night, ready to perform at a celebration of Hillary Clinton’s victory. But as the night wore on it became clear the first woman nominated by a major political party was losing to Trump, and there were reports all three stars had tears in their eyes.

As she was leaving the arena, Cher was surrounded by journalists and photographers from around the world asking for her reaction to the stunning upset. LGBTQNation was able to ask our question once she emerged from that swarm of reporters.

Watch the brief interview with Cher below.

What do you say after Trump’s big win? This is America in 2016