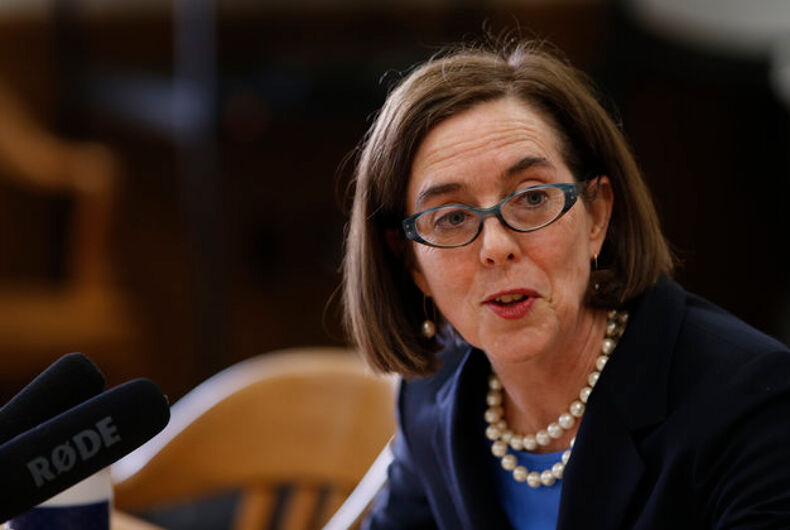 Two transgender candidates lost their bids to be the first out trans candidate to win a seat in Congress last night, while bisexual Governor Kate Brown won reelection in Oregon, making her the first LGBTQ individual elected governor of a U.S. state.

Misty Snow ran for Senate in Utah, while Misty Plowright ran for Colorado’s 5th congressional district, both suffering decisive defeats by their Republican opponents. Both made history simply by being the first openly trans candidates to win a major party’s primary without running unopposed.

Brown became governor in 2015 after Gov. John Kitzhaber resigned, leaving her to take over as the Oregon Constitution stipulates that the secretary of state is to become the governor’s successor. She won 51 percent of all votes cast in a five-way race.

Brown, who is married to a man, was outed in the 1990s when The Oregonian published a story on LGBT lawmakers.

She spoke with the Washington Blade last month about what the significance of her winning this election might mean for LGBTQ youth.

“You can’t be what you can’t see,” she said. “If I can be a role model for one young person that decides that their life is worth living because there’s someone like them in the world, it’s worth it.”

Cher: ‘I shudder to think’ what President Trump will do to trans Americans