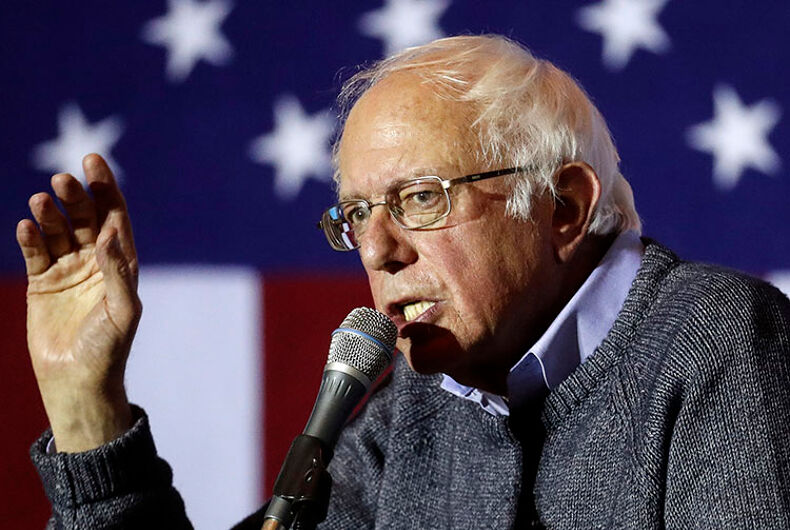 Bernie Sanders is leaving open the possibility of another presidential bid as shell-shocked liberals focus on helping the Democratic Party rebuild after Donald Trump‘s victory.

“Four years is a long time from now,” said the 75-year-old Vermont independent, noting that he faces re-election to the Senate in 2018. But he added: “We’ll take one thing at a time, but I’m not ruling out anything.”

Democrats have begun post-election soul searching, with Sanders and Sen. Elizabeth Warren, D-Mass., urging the party to embrace a more populist economic message. As some Democrats protested across the country, the party’s liberal wing began jockeying for power, arguing that Clinton’s loss could be attributed to her reluctance to fully focus on economic inequality and tougher Wall Street regulations.

“The final results may have divided us — but the entire electorate embraced deep, fundamental reform of our economic system and our political system,” Warren told the AFL-CIO on Thursday. “Working families across this country are deeply frustrated about an economy and a government that doesn’t work for them.”

Warren laid out the principles she believes should govern Democrats during the Trump era: Standing up to bigotry, pushing for economic equality and combatting the influence of Wall Street.

“We will fight back against attacks on Latinos, African Americans, women, Muslims, immigrants, disabled Americans — on anyone. Whether Donald Trump sits in a glass tower or sits in the White House, we will not give an inch on this, not now, not ever,” she said.

4 reasons to be hopeful in the age of Trump