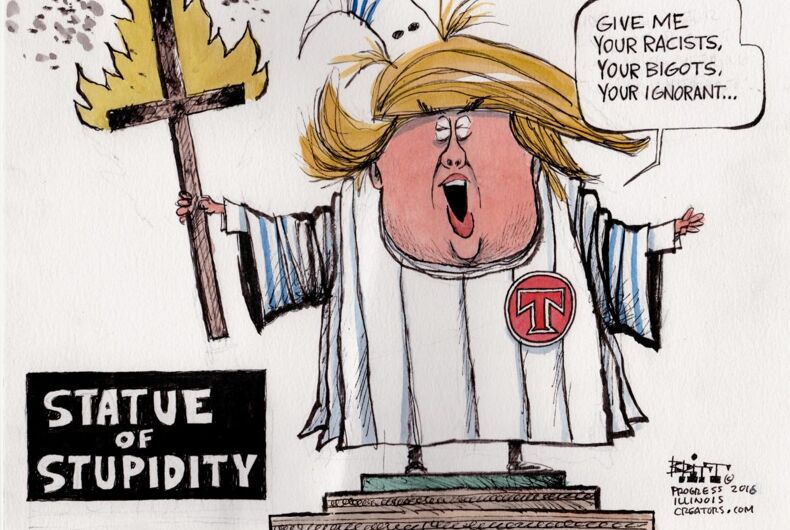 With only a few unclaimed electoral votes left, it looks likely that Donald Trump will become the next President of the United States. While the Clinton campaign has refused to concede the election tonight, saying “She has done an amazing job, and she is not done yet,” it would seem racism, ignorance and intolerance won at the ballot box.

Trump, most famous for his outrageously bigoted diatribes about Mexicans, journalists, the disabled, and women, had a strange relationship with the LGBT community. On several different issues of importance to the community like North Carolina’s discriminatory HB2 law, Trump would originally support LGBT people only to change his position shortly after.

While Trump remained rather nonchalant about LGBT issues, he reportedly didn’t oppose the religious right’s efforts to make the GOP platform the most anti-LGBT in history. He would occasionally claim he would be the most pro-gay President in history and then announce support for legislation that would allow businesses to discriminate against LGBT people.

We’ll update the site with more details, but for now, let’s all take a moment to collect ourselves before we do something rash like rush out to buy property in Greenland or convert our currency into gold bars. At press time the count was 218 Clinton to 248 Trump with only a handful of states left to call.