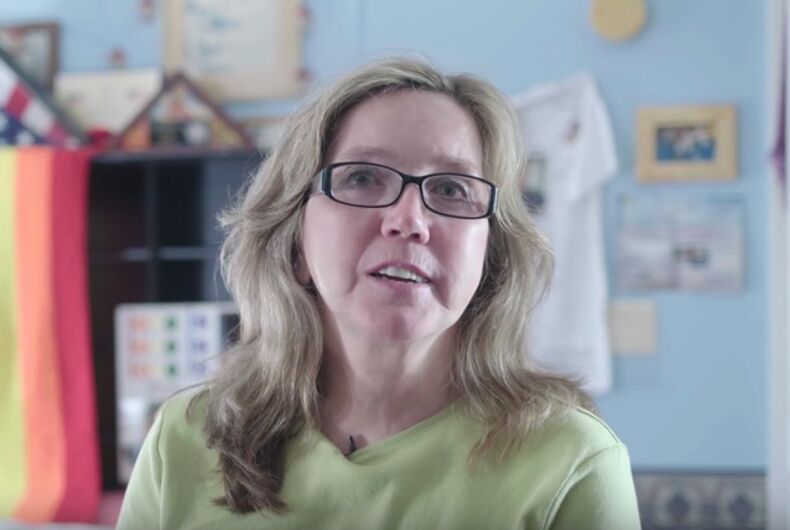 A survivor and the mother of one of the victims of the Pulse nightclub shooting has made ads asking how someone could vote for Donald Trump.

The digital ads were released by the gay rights group, the Human Rights Campaign. The newest features Christine Leinonen, the mother of Christopher Leinonen, who was one of the 49 Pulse patrons killed during the massacre.

In the ad, Leinonen says, “We have to continue to moving forward as an inclusive society.” She goes on to say, “If you love a gay person, if you know someone who’s gay, and you truly love them, I don’t know how you could justify a vote for Donald Trump.”

She then encourages voters to pick Hillary Clinton.

In another ad, survivor Ricardo Negron-Almodovar speaks about the night the gunman invaded the nightclub and how he will vote for the politician who supports LGBT and Latino issues. It will be the first time Negron-Amodovar is eligible to vote in the United States.

The Pulse shooting was the worst mass shooting in recent U.S. history.

Watch the ads below.