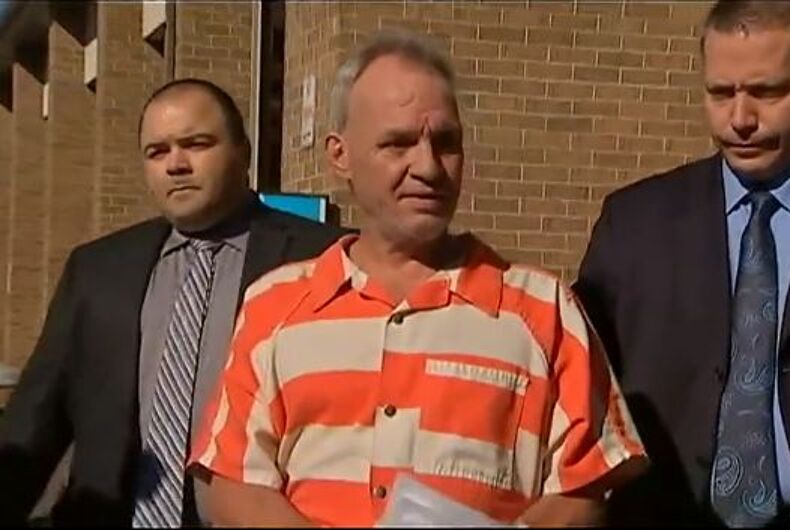 A Pennsylvania man who was already awaiting trial for allegedly raping a 66-year-old woman by knife-point in a motel in April now faces new charges that he repeatedly raped a 75-year-old woman while keeping her captive in her own home.

The woman says she has known Earl Maust, 49, since he was a boy and let him stay with her while he tried to get back on his feet. She says he became verbally abusive before the attacks turned physical, striking her on three separate occasions, once in the head, and raping her ten to 15 times over the course of a three month period.

She further alleges that he kept weapons around the house, including a meat cleaver under his mattress and a board with spikes, and wrapped her hair around his arm when they slept to prevent her from leaving. He is also said to have taken her car keys from her to keep her in the home. She says that she never consented to sex with Maust but did not explicitly resist either for fear of retaliation.

“I’m an innocent gay guy,” he told WXPI-TV, claiming both women are lying and saying the 75-year-old woman raped him.

Maust was convicted in 1999 of molesting a 14-year-old girl and his two half-brothers, according to Daily Mail.

He is facing several felony charges, including rape and unlawful restraint and the judge set his bond at $150,000.

Trump speaks out against transgender and female soldiers in ‘PC military’